VIDEO: Ayisha Modi finally confirms going under the knife to get an excellent physique 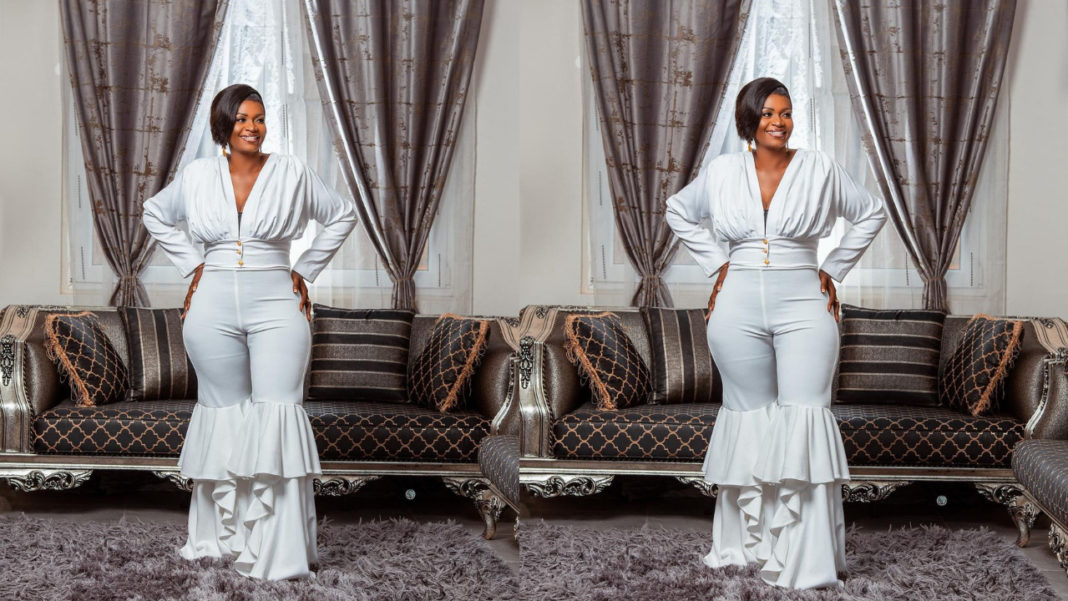 Ayisha Modi has finally opened up on critics’ claims that his newly acquired shape is artificial because she used to be plus-sized a few years ago.

After Ayisha Modi started showing off her body on social media through videos and pictures, netizens who knew her before she got her banging body began slamming her for being a bad influence on the youth.

Despite being roasted for months for undergoing a liposuction procedure to get a slay body, Ayisha Modi has never reacted or responded to any of the attacks and has always maintained decorum whenever the issue pops up.

For the first time ever, Ayisha Modi has confirmed that it’s true she went under the knife to get a body transformation.

Speaking in an interview with Kofi Adoma, the socialite explained that she went through body restructuring after a massive weight loss journey.

According to her, she was overweight and has to immediately do something about it because her health was deteriorating as a result of her massive weight.

She was left with no other option than to lose went by all means because she had severe knee and back pain problems which normally gave her sleepless nights.

Looking at the options available, she had to undergo a body restructuring process to get a normal body shape and also improve her health.

“I was very fat, and I weighed almost 500lbms. My BMI was also over average. Anytime I climb the stairs, my knee and back hurts. For about one year I couldn’t wear a brassier because my back hurts. My breast became heavy. So, I went to the hospital one day to fix my arm while I was in America. The doctor told me point blank that when they start the procedure and the drip is being kept on me, I’ll die. You know when you go for these surgeries, they inject you so you become numb or fall asleep. But in my case, the doctor said if they inject me with the medicine that commences the procedure, I will die within two minutes because my BMI was extremely high.

“The doctor said I cannot fix my body until I lose weight. So, he took me through the weight loss procedure. After I trimmed, I had a saggy body because I was very big. So I went through a procedure to get rid of the excess skin. I didn’t get rid of fat; it was the excess skin I got rid of. Naturally, I have a good shape, my waist is 22. The only thing I did was to remove the saggy skin. I did tummy tuck, muscle repair, and liposuction. I never touched my butt. Usually with ladies, when they suck in their tummy, it brings out their body stature,” she stated.

READ ALSO: Frank Naro Discloses How Big Akwes Reacted When He Called Him After He Made Wild Allegations Against Him – Watch Video

What Went Wrong Between Lilwin And His Alleged ‘Girlfriend’ Sandra Ababio?...