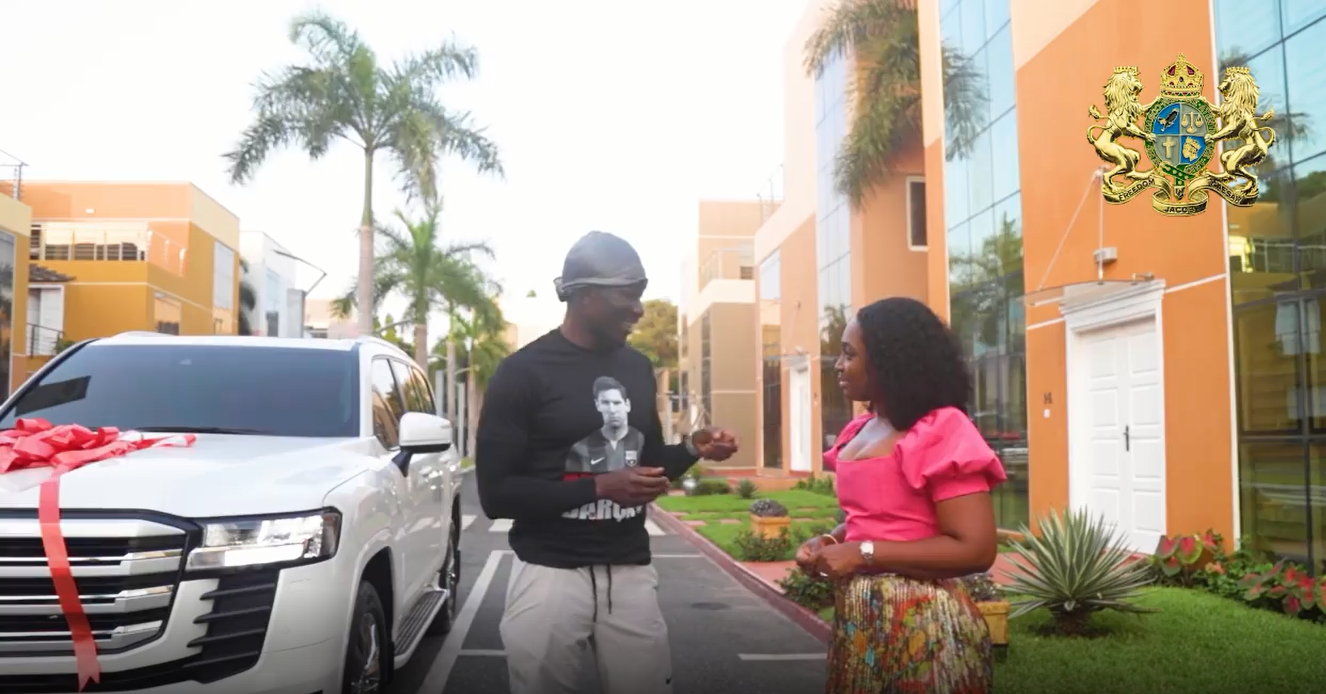 The real estate mogul, who now goes by the name, Freedom Jacob Ceaser, decided to spoil his wife with two brand new land cruisers as a new year’s gift.

In a video seen on Cheddar‘s Instagram page, he decided to cover the eyes of his wife while one of his drivers brought in the first of the two cars he had planned to give her.

As soon as the first car was brought, his wife thanked him for the gift and in a reply, Cheddar told her she really appreciates her for all the things she has done for him as his wife over the years they have been together, especially keeping her body the same way despite giving him three wonderful kids.

READ ALSO: ‘I Also Seek To Know Who Leaked The Audiotape’ – Says MzGee As She Angrily Reacts To The Backlash For Supposedly Leaking T.T.’s Voice Note

Just when the mother of three, Ruby, thought she was just getting one Land Cruiser, a second one who is coated black also came in for her.

Cheddar then said that he was giving her the two custom-made cars but will borrow them occasionally.