VIDEO: Sarkodie Goes On Date With Die-hard Female Fan In America Who Was Seen Singing His ‘Brighter Day’ Passionately 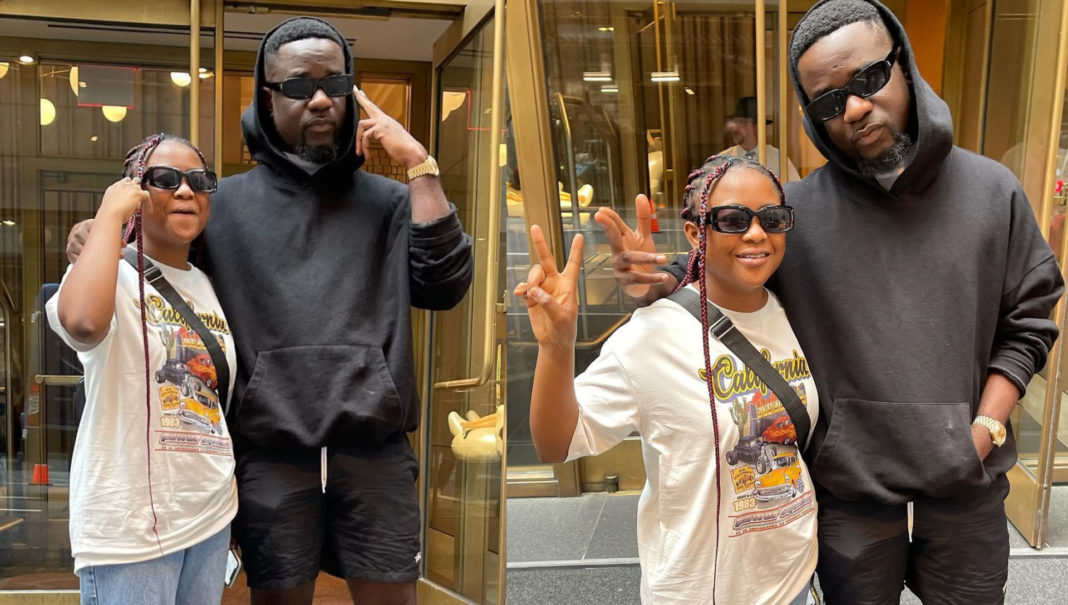 Sarkodie decided to start a search for a die-hard female fan who was seen singing his ‘Brighter Day’ song so passionately during the recent joint concert with R2Bees named ‘It Is About Time’ in the United States of America.

The concert which was completely sold out took place on Saturday, July 30, 2022, and it was a memorable one.

Aside the memories Sarkodie and R2bees plus the other musicians who mounted the stage created, this female fan of Sarkodie who has been identified as Fatimat Dauda, also got a lot of netizens talking about her after he videos went viral.

In these videos, she decided to claim Sarkodie’s ‘Brighter Day’ song which features the legendary Obrafour as her own, and sing it passionately.

Just as expected, Sarkodie after he came across the video was impressed and as a result, he shared it on his Instagram story and asked her followers to help him find her.

Well, the hunt yielded results and Sarkodie was able to meet her for a date on Monday evening.

The Sarkcess Music boss shared the videos from their meeting online and in the various videos, one could see Fatimat Dauda could not believe that she was that close to Sarkodie who is obviously someone she really loves.

Shatta Wale Has Always Been Saying The Truth, There’s No Love...