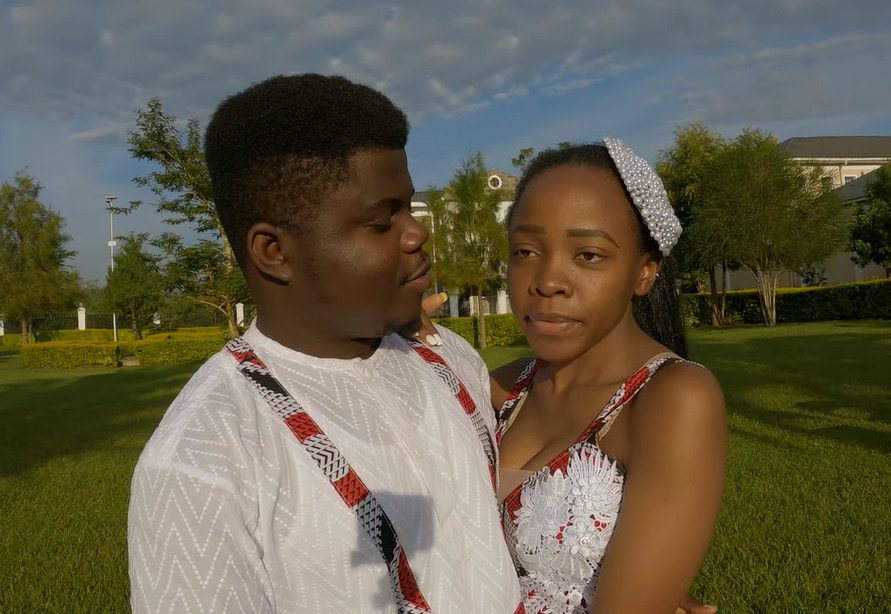 He got married to his Kenyan fiancée, Trudy at a very simple ceremony that is receiving a lot of reactions online.

The Ghanaian vlogger who currently holds a YouTube Play Buttons for his over a million subscribers has not been releasing videos on his channel as he used to do and apparently, it was just because he was planning his wedding on the low.

Again, it was simply because he wanted his 1000th video to be a memorable one for himself and future kids, and in his mind, there is no better video than one which captures the day he married his lover.

READ ALSO: Hilarious Video Of Kelvyn Boy Claiming He Has Never Smoked Surfaces Online Amid His Recent Confession Of Smoking Every Day

Sharing some details of their journey until their marriage finally, Wode Maya disclosed that they fell in love three years ago after meeting in Ethiopia for a film production.

He added soon after they announce their plans to be lovers, many netizens said that it was going to last just for six months, however, they have proved all those naysayers wrong

Another interesting detail Wode Maya dropped about their marriage ceremony is the fact that was organized on the date the mother of his wife actually passed away.

Watch the video of the ceremony below…