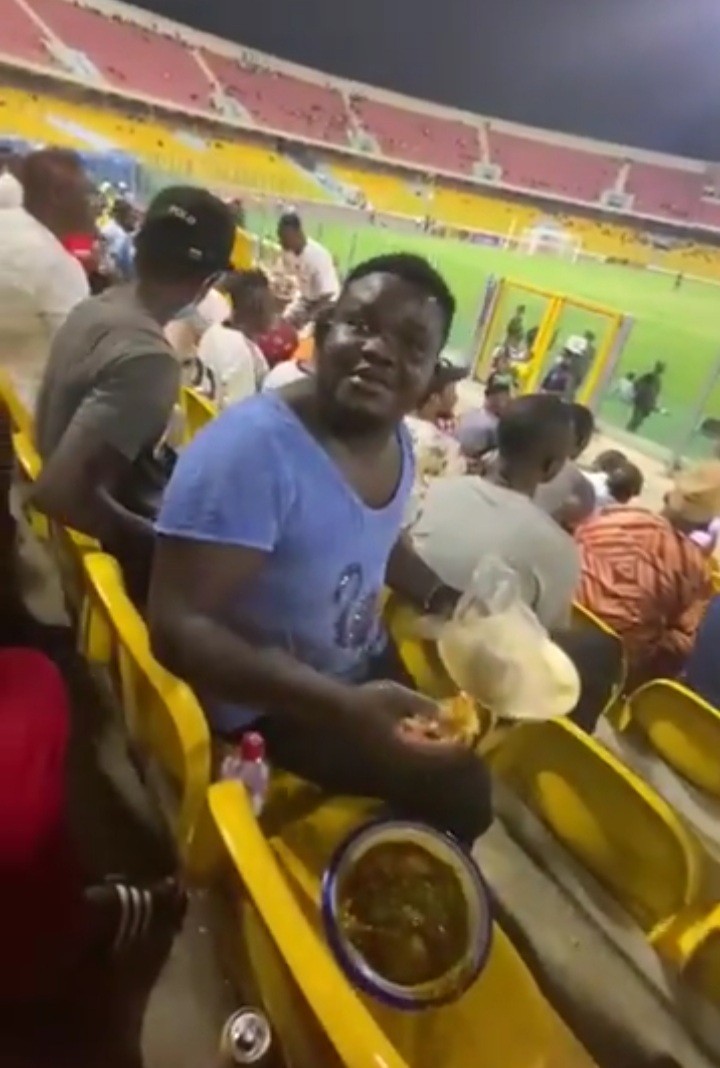 Football matches bring a lot out of supporters who will do anything go see their clubs win from sending vuvuzelas, whistles, drums and other club paraphernalia to stadiums to support teams but that is not the case with fans of Accra Hearts of Oak.

Fans of the Accra based football club have become known in Ghana for supporting their club through weird ways and sending weird things to the stadium aside their charged “jama” sessions.

Sometime ago, it was a man spotted drinking a beer with bread – something that has never happened before. This time around, it was balls of banku and a big bowl of okro Soup.

In a video posted by the manager of GH One TV, Nana Aba Anamoah, the man, dressed in an ash T-shirt could be seen in the stands holding a plate with a ball of banku with the okro soup resting on the seat beside him as he eats happily while responding to cheers from fans around him.