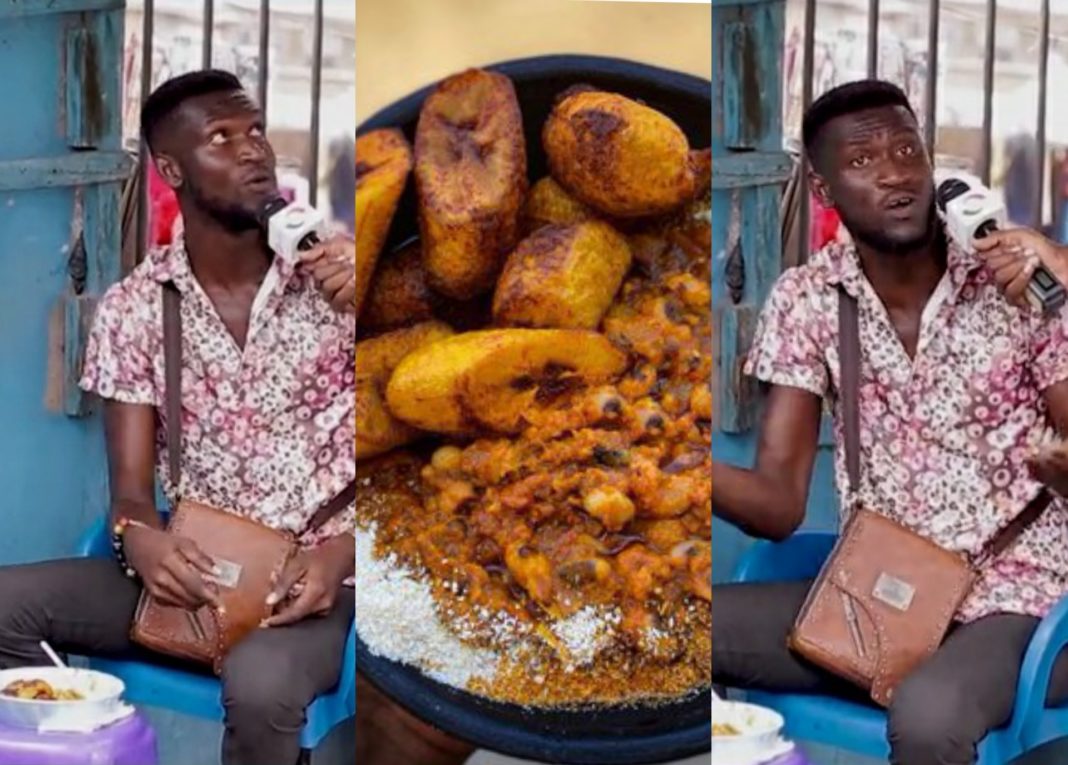 A young man is trending on social media following an interview with TV3 on the current economic hardship in the country.

The man was interviewed in a “gob3” joint in Accra.

“Gobe” is one of the most popular staple foods that is widely eaten in Ghana due to it’s availabilty in abundance and the cheap price for which it is sold for.

Many young people inlcuding the low income folks resort to it due to how it can sustain them for hours, complimenting it with drinking water.

The high cost of living in the country has however affected everything and gob3 is no longer the cheap staple food it used to be.

According to the young man who was interviewed about the president’s Sunday address, gob3 has become expensive and people cannot afford it.

He told the reporter that he used to buy gob3 and fried plantain for 6 cedis but now he has to buy only beans for 6 cedis and plantain at an extra 14 cedis.

Watch shocking video of “Gob3 pot” being transported by canoe in...