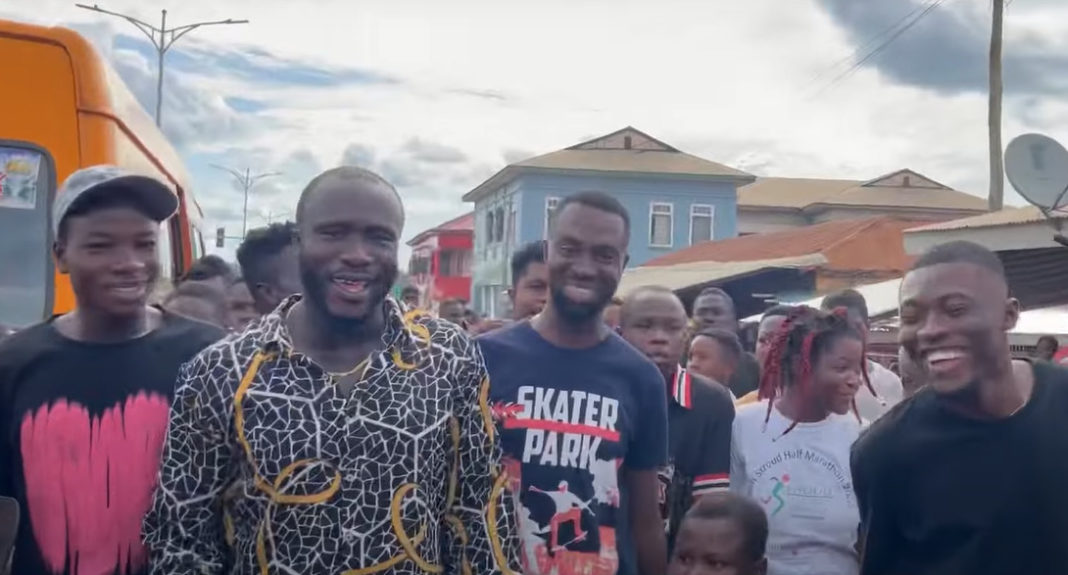 Actor Ras Nene aka Dr. Likee alias Akabenezzer‘s decision to rebrand from being a tug in movies to a comic actor appears to be the best decision he took in his career.

Akabenezzer‘s skits which are largely seen on various channels on Youtube in recent times have won him the love of many movie lovers and it was very evident yesterday.

The actor and several top personalities in the Kumawood industry stormed Dormaa yesterday, May 23, 2022, to support their colleague, Louisa Adinkra during her enstoolment as Donpem Hemaa of the town.

Prior to the enstoolment, fans who could not believe that they were seeing the reigning star physical for the very first time decided to get close and take some photos with him.

In the video we chanced on, the fans were all over him on the streets of Dormaa Ahenkro during the procession for Louisa Adinkra as well.

Enjoy the video below