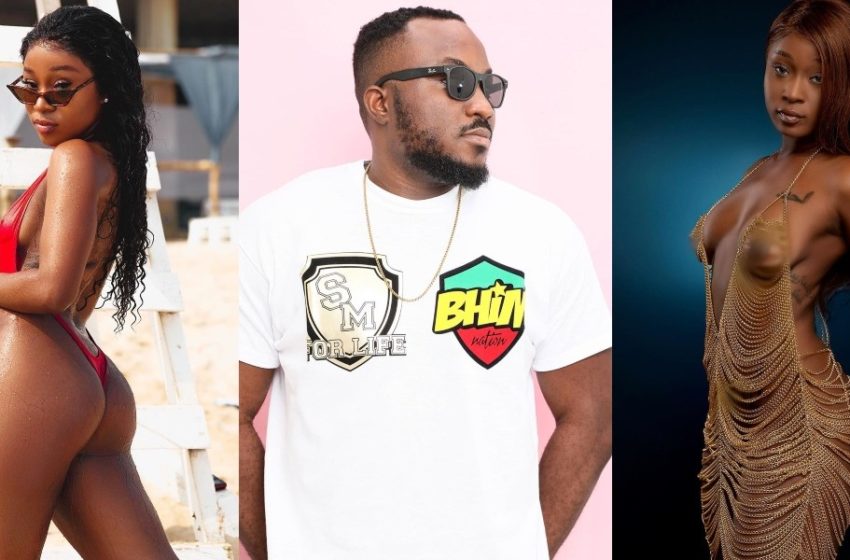 In a post on his IG page and sighted by Nkonkonsa.com. DKB did not mince words as he pointed out that Efia Odo was just generalizing for celebs when in actual fact, she was the only one suffering.

READ ALSO: Being A Popular Person In Ghana Does Not Mean You Are Making Money – Efia Odo Cries (See Posts)

DKB went on to indicate that Efia Odo’s way of dressing was a factor affecting her brand since no serious company would like to work or would want to be associated with her.

The comedian went on to lambast Efia Odo for bringing the businesses and brands of other top female celebs like Yvonne Nelson, Jackie Appiah, Yvonne Okoro and Nana Ama McBrown with her “nonsense lifestyle”

DKB went on to admonish the socialite and actress to change her style of dressing by wearing Kaba and slit and see the number of endorsements she would get.

Zionfelix.net earlier reported that Efia Odo had indicated that being famous in Ghana did not come with monetary benfits.

The actress noted for her raunchy style of dressing added that a worker in world-renown eatery McDonald’s was able to make more many than many female celebs.

Among other rants, Efia Odo stated that it was her wish that the current crop of Ghanaian leaders be fired for them to be replaced with new-age thinkers.

Efia Odo’s comments sparked massive debate on social media with some people agreeing with her assertion while others disagreed entirely with her.