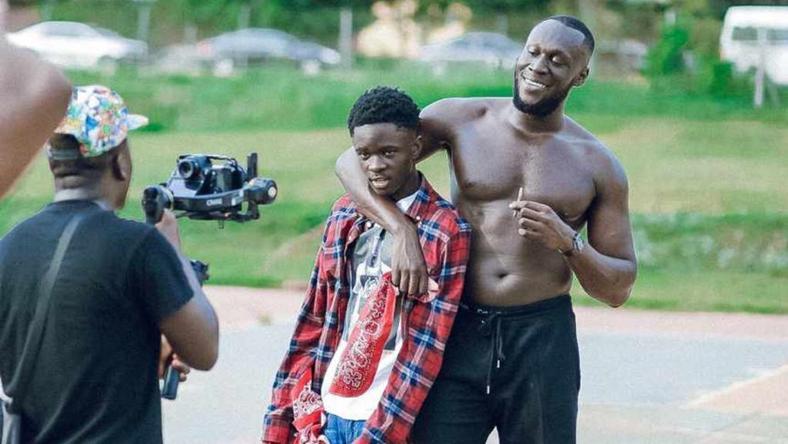 Upcoming Ghanaian rapper Yaw Tog who has been in the news lately for pitting a British rapper on the remix of his “Sore” hit song has revealed how it happened.

The song which featured UK rapper Stormzy and Ghanaian rapper Kwesi Arthur garnered 1 million views on Youtube in 3 days becoming the fastest Ghanaian song to achieve such a feat on the video streaming app.

Speaking on Pulse Ghana, the upcoming rapper sensation Yaw Tog revealed how he got Stormzy to be on the remix.

He said it just happened after the original song was released.. Yaw Tog said he woke up to his management telling him Stormzy wanted to be on the remix.

He said he didn’t believe it at first because Stormy was a hard person to get on social media in the first place. To think that such a big brand wanted to work with him was a shock to him.

His management later informed him that Stormy sent his verse and that was another shock to him.

According to Tog, it wasn’t planned to have a video for the remix of the song. Stormzy just came to Ghana and remembered he had a song with him so he contacted them and they agreed to shoot the video.

He said the video was done in just a day. He admitted it was stressful for him to do all that in a day but his management was helpful; they pushed him on.

Regardless of everything, Yaw Tog believes it was a blessing to work with Stormzy.

Daddy Lumba Reacts After Stormzy Paid Homage To Him At The...