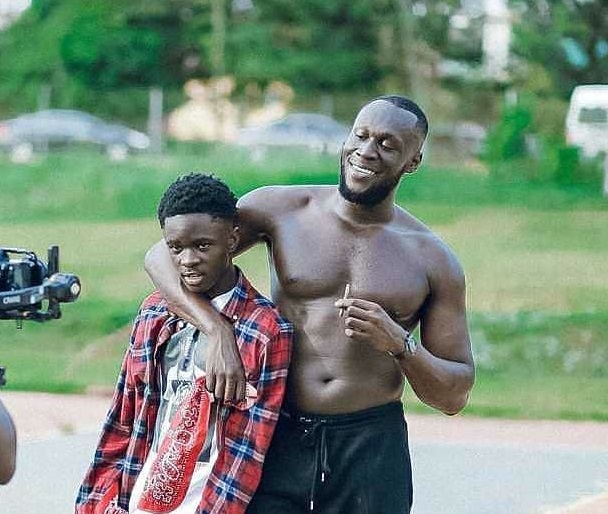 Fast-rising Ghanaian Drill musician, Yaw Tog has been spotted on set with the Ghanaian UK born Hip-Hop icon, Michael Ebenezer Kwadjo Omari Owuo Jr. also known as Stormzy as they shoot the video for the remix of his smash hit single, ‘Sore‘.

Just yesterday, Yaw Tog hosted Stormzy in the Garden City when he arrived to visit the Manhyia Palace.

From that visit, a lot of beautiful moments were captured and shared online via photos and videos.

Well, these exclusive photos seen from their video shoot are an attestation to the fact that the video for ‘Sore’ will soon be out there for fans who are eager for the song to enjoy.

The remix we gather will also feature Kwesi Arthur, the CEO of the GroundUp Chale group.

Already, Yaw Tog’s original ‘Sore’ song has garnered over 1.3 Million views on YouTube and with the remix the views are set to go up.