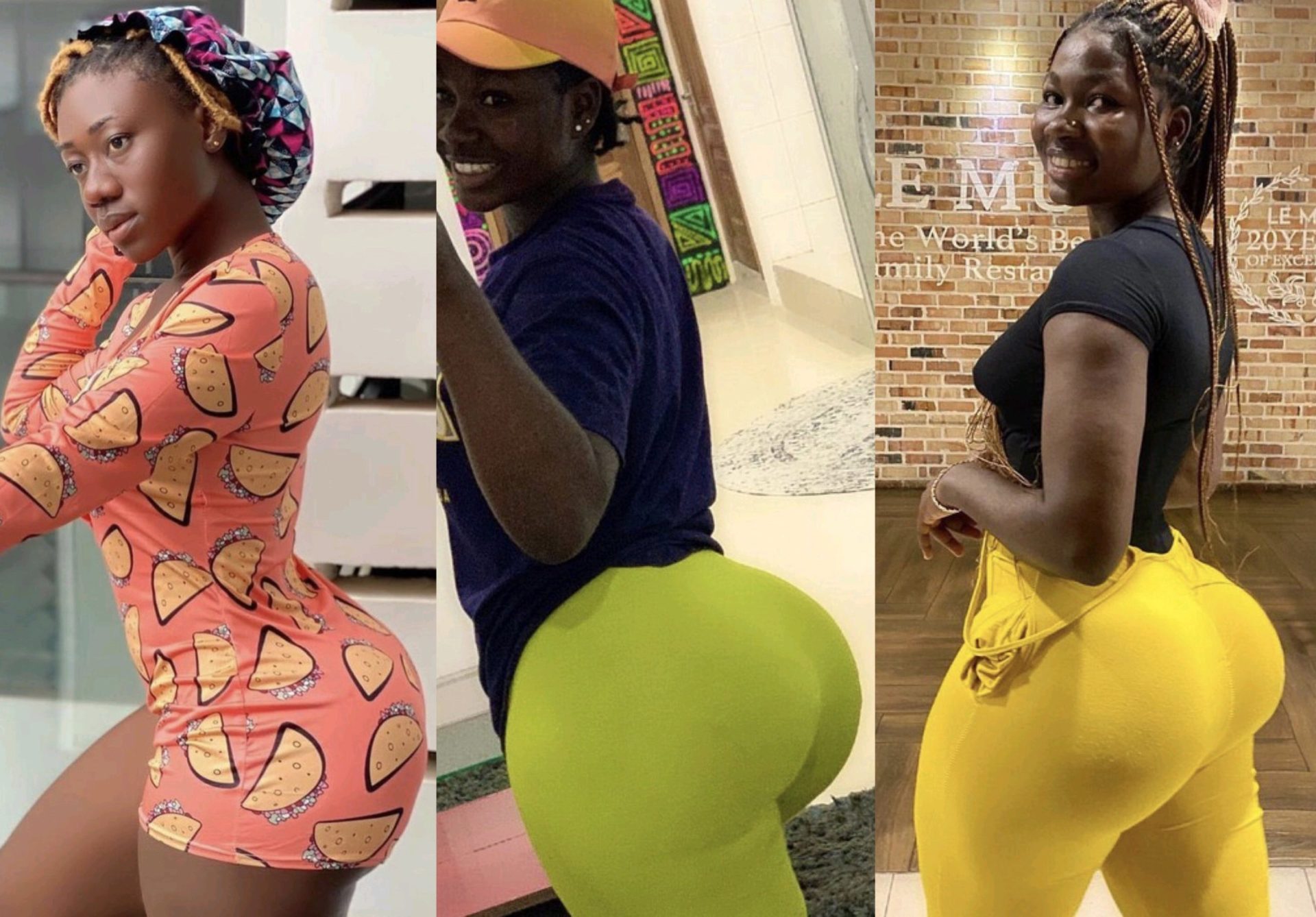 There appears to be a new craze on TikTok where users of the app put together a video that chronicles how they have transformed from childhood to adulthood.

One such video which has gone viral is that of the social media star, Hajia Bintu who mesmerized netizens with a video that proves that her insane backside and hips that have been the talk of the town for some time now is all-natural and that she had it since her days as a teen.

As the video of Hajia Bintu continues to get a lot of reactions online, another model who is equally endowed, Abena Cilla has also dropped her then and now video and it is also blowing minds.

The budding actress put together some pictures to show that her mountainous backside and curves that many folks online droll over are natural just like that of Hajia Bintu.

The video of Abena Cilla has seen many reactions too and some people have begun to suggest that she is silently challenging Hajia Bintu.

Watch the video Abena shared below