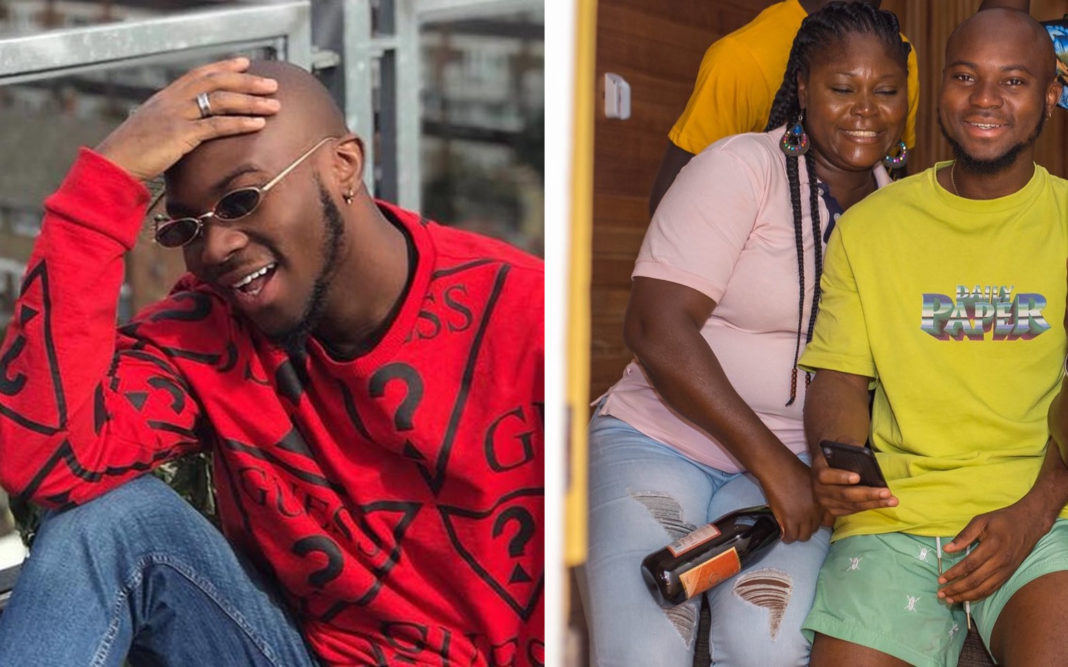 The Legacy Life Entertainment signed musician decided to put together a mega birthday party to celebrate the new year.

READ ALSO: MzVee And I Have Not Communicated After I Left D3 In 2013 – Angela Bamford Reveals

The party was indeed a blissful one from the videos that are making rounds online.

Of the various memorable moments at the party, one moment that is getting a lot of reactions on social media is that special moment the young-looking mother of the singer was captured dancing happily at the party.

When King Promise took the microphone to perform one of his hit songs which is titled ‘Slow Down’, his mother could not help but just give in and dance to the tune of the song.

Well, this appears to be the second time King Promise‘s mom has been seen jamming to his songs in public.

It will be recalled that there was a day King Promise and his young-looking mother were seen in viral videos cruising around town in a car and enjoying the former’s songs.