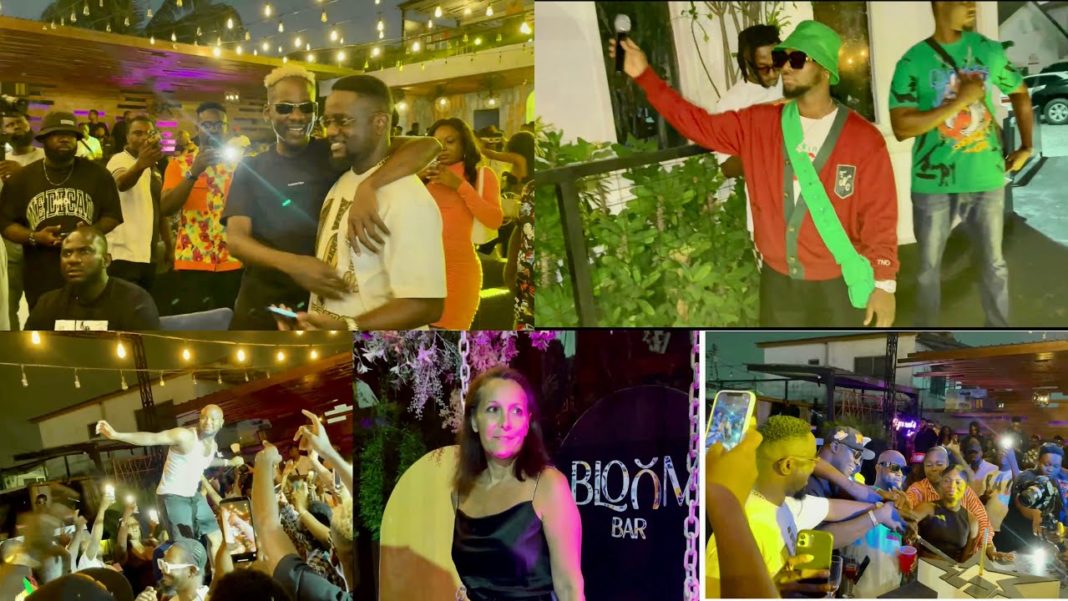 The talented singer as part of his plans to celebrate the gift of life and an added year announced on social media that he was going to celebrate this one with some of his fans.

In the announcement, he made via his Twitter page, King Promise revealed that he was going to host only 100 loyal fans.

“My birthday on Tuesday . I wanna spend it with 100 of my fans performing my new album first time for y’all ..my little way of saying thank you for the love & Support ..,” he wrote.

My birthday on Tuesday . I wanna spend it with 100 of my fans performing my new album first time for y’all ..my little way of saying thank you for the love & Support ..

King Promise delivered on his promise and had 100 fans and more at his birthday party which took place at Bloom Bar.

The party also had top stars like the France ambassador to Ghana Anne Sophie AVÉ, Sarkodie, Mr. Eazi, Lasmid, and many others passing through to join King Promise to celebrate his birthday.

READ ALSO: It Doesn’t Matter If It’s Me Or Mr Drew; I Am Happy The Record Label Is Still Winning – Krymi

The sights and scenes were lovely ones as the fans who came through enjoyed every bit of their night out, especially when King Promise performed for the very first time some song on his recently released 5 Star Album.

Check Out The Full List Of Winners At The Ghana Music...