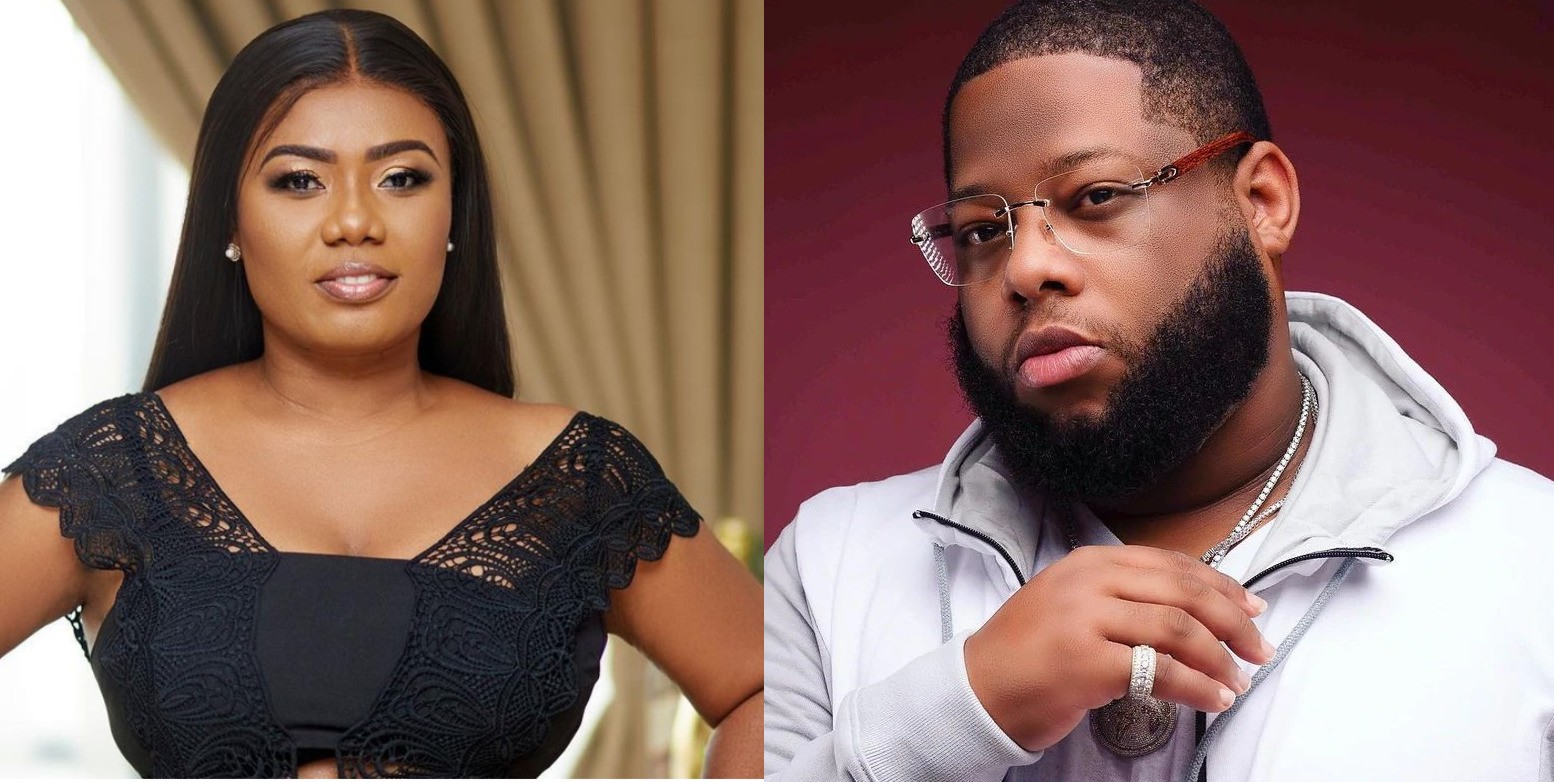 Bridget Otoo and D-Black have clashed on Twitter over a comment the former passed on the ‘bird app’ in relation to President Akufo-Addo‘s Independence Day speech read on March 6, 2021.

A portion of President Akufo-Addo’s speech that reads: “64 years ago, we freed our nation, Ghana, from the shackles of colonialism and imperialism. We were the first nation, in colonial Africa, to gain our independence from the colonial power, and, thus, became the torchbearer of the struggle for liberation of the African continent” got a rather quick reaction of the former TV presenter.

READ ALSO: “E Be Sense You No Get” – Giovani Goes Hard On Lady Who Claims He Makes Date Rush Boring (screenshot)

Retweeting the part of the speech, she asked the question: “You and who freed ‘our Nation’ ?”

You and who freed ‘our Nation’ ? https://t.co/QFKr3WOdPQ

Apparently, her question was seen as a harsh one by the boss of Black Avenue Musik and he asked her if she did not see that question as one that was disrespectful.

Isn’t this a tad disrespectful? https://t.co/NMPvWvqcWA

Well, the question saw Bridget Otoo turn the heat on him. According to her, it is not wrong for people to ask questions and told D-Black to ensure he does not give that tragedy of training to his daughter.

Bridget Otoo also made reference to D-Black’s shame in the hands of Dr. UN and added that if he was someone who found it prudent to ask questions when need be, he would have been disgraced like that.

You were raised not to question things, please don’t pass that tragedy to your daughter. Perhaps If you had asked questions, you wouldn’t have ended up at Dr. UN’s Awards. Thank You https://t.co/3xZA2SL2Je

Share
Facebook
Twitter
Pinterest
WhatsApp
Previous articleNana Aba Laments How A Scammer Made Her Raise $9,000 For Surgery With A Fake Medical Report (+ Screenshots)
Next articleElijah The Worshiper’s Winner Album Featuring Empress Gifty And Other European And African Stars To Be Unleashed On 15th March
- Advertisement -