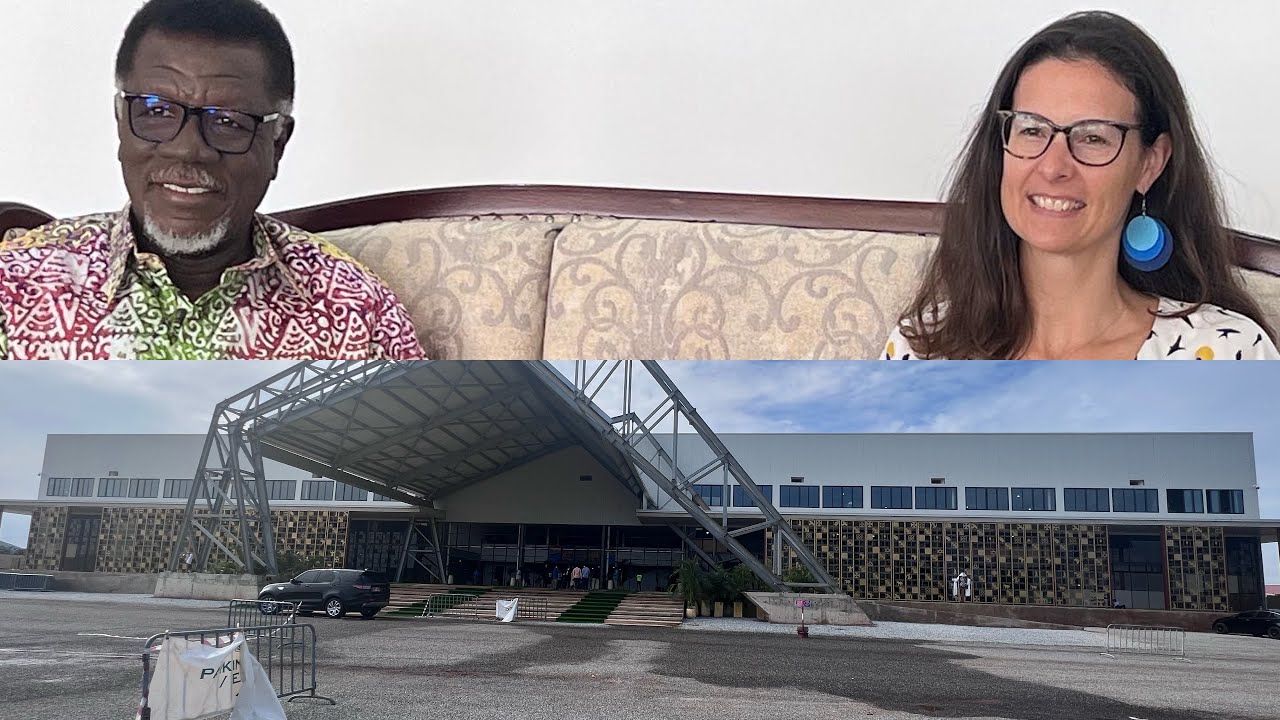 The building of the state of the art facility, spearheaded by Pastor Mensa Otabil, the Founder of the International Central Gospel Church (ICGC) is one of the biggest church facilities in Ghana.

Ms Thompson was impressed after she exclusively toured the building.

Pastor Otabil revealed that the building will not be used for only church services.

With an aim to support the growth of Ghana’s Creative Arts sector, he said they have facilitated parts of the building for such purposes.

Musical shows and other events can be held in the building, the renowned Man of God explained.

He further disclosed that a Music Academy for kids, will be established in this same facility.

As the church has a keen interest in music, Pastor Mensa Otabil stressed what they will be doing to ensure its growth.

He was also happy about the collaboration between Ghana and United Kingdom.

The British High Commissioner admitted the great music of Ghana and the connections between the two countries.

When asked how long it will take for the project to be fully completed by the British High Commissioner, the ICGC Founder said hopefully, August.

Watch the video captured by Zionfelix.net below.

I Used To Sell Kenkey And Toffee – Obaapa Christy