Celestine Donkor Set To Sue Sally Mann – Here Is Why 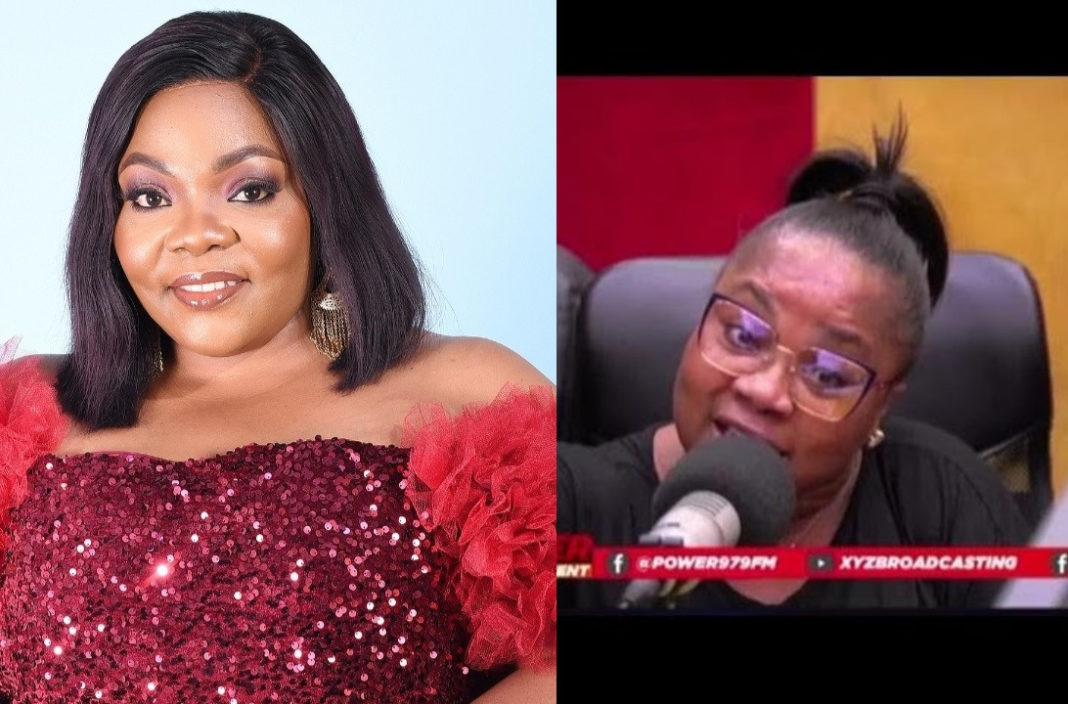 Controversial entertainment pundit, Sally Mann appears to have landed herself in hot waters following some utterances she made about award-winning gospel musician, Celestine Donkor on Power FM.

Sally during the entertainment show on Power FM described Celestine Donkor as someone who is a big hypocrite.

READ ALSO: Rev. Obofour And His Wife ‘Ch0p’ Love On Social Media Users Amid Speculations That They Have Divorced – Watch Video

Asked by the host why she will use such a word to describe the talented music star, Sally mentioned that it is because she has come to the conclusion that Celestine doesn’t have good intentions for her colleague, Empress Gifty.

Sally stressed that the ‘Agbebolo’ hitmaker failed to attend the funeral of Empress Gifty’s grandmother and sister at Takoradi on October 15 to physically support her, however, she was quick to share photos from the burial ceremony on her social media platforms for likes.

“Celestine Donkor is a hypocrite. Let me explain her hypocritic act and if it isn’t hypocrisy, I will withdraw it. Did you realize that Celestine Donkor posted photos of Empress Gifty’s grandmother and sister’s funeral on her Facebook page? So why did she post? It is a personal question I am asking her. Her attitude towards Empress is bad; she was invited to the funeral,” said Sally.

READ ALSO: Listen Up: Amerado Finally Out With His Debut Album, “G.I.N.A”

In reaction to these utterances of Sally, the CEO of Dynamics Unlimited who also doubles as the manager of Celestine Donkor, has announced plans to legally take on entertainment pundit, Sally Mann for defaming his artiste.

REQUEST TO DISSOCIATE YOURSELF FROM THE DEFAMATION COMMENT BY SALLY MANN I write on behalf [of] Dynamics Unlimited Inc (managers of Celestine Donkor) with regards to a viral video on social media in which a certain Sally Mann (also known as Sally Frimpong) made defamatory comments about our artiste on your platform(s). We are by this letter requesting that your institution dissociate itself from the said comment within twenty-four hours of receipt of this letter, your failure to do this leaves us with no option than to instruct our lawyers to seek redress at a court of competent jurisdiction. Thank You.

Bandex, Frimprince And Others Knew I Was Talented But Weren’t Willing...