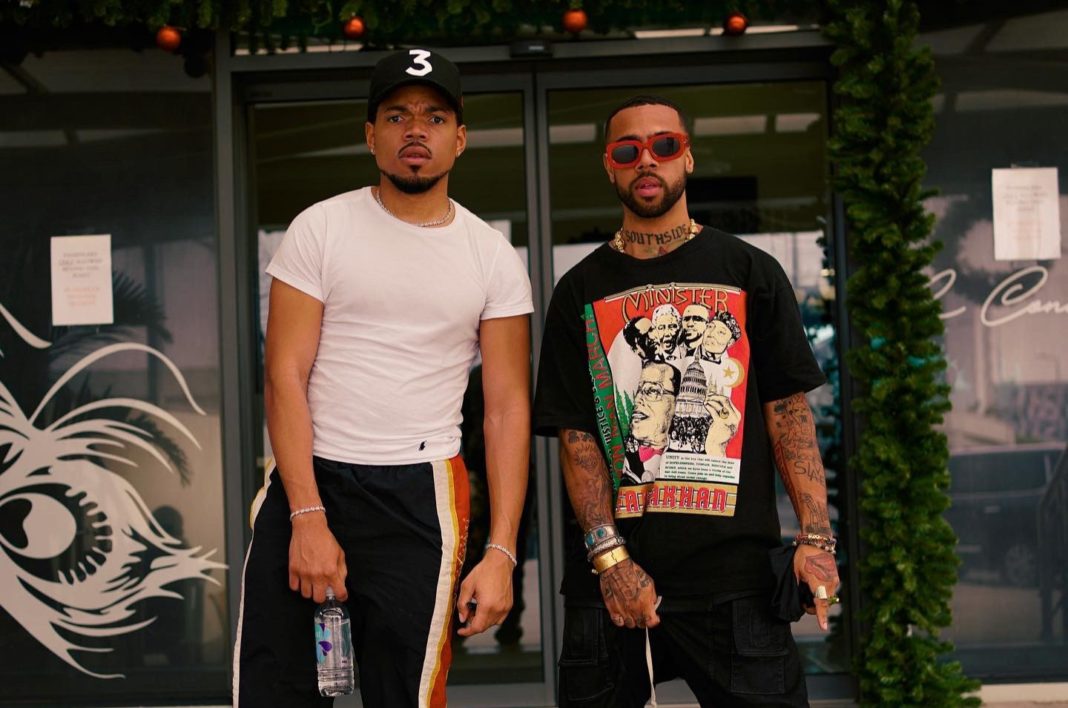 American rappers Vic Mensa and Chance The Rapper have revealed plans to host a joint concert in Ghana.

The duo who have now taken Ghana as their second home made this known over the weekend at the Free The Youth outlet.

Vic Mensa revealed that the event will see some global music icons trooping to Ghana to perform.

He added that the event named the Black Star Line Festival is aimed at achieving the goal of bridging the gap between Africans on the continent and those in the diaspora.

Joining Vic Mensa in Ghana for the first time in January this year, Chicago based rapper Chace The Rapper returned to the country a few days ago in the company with Vic and 8 high schoolers from Chicago.

The “kids” according to Vic Mensa, are here as part of an educational travel experience.