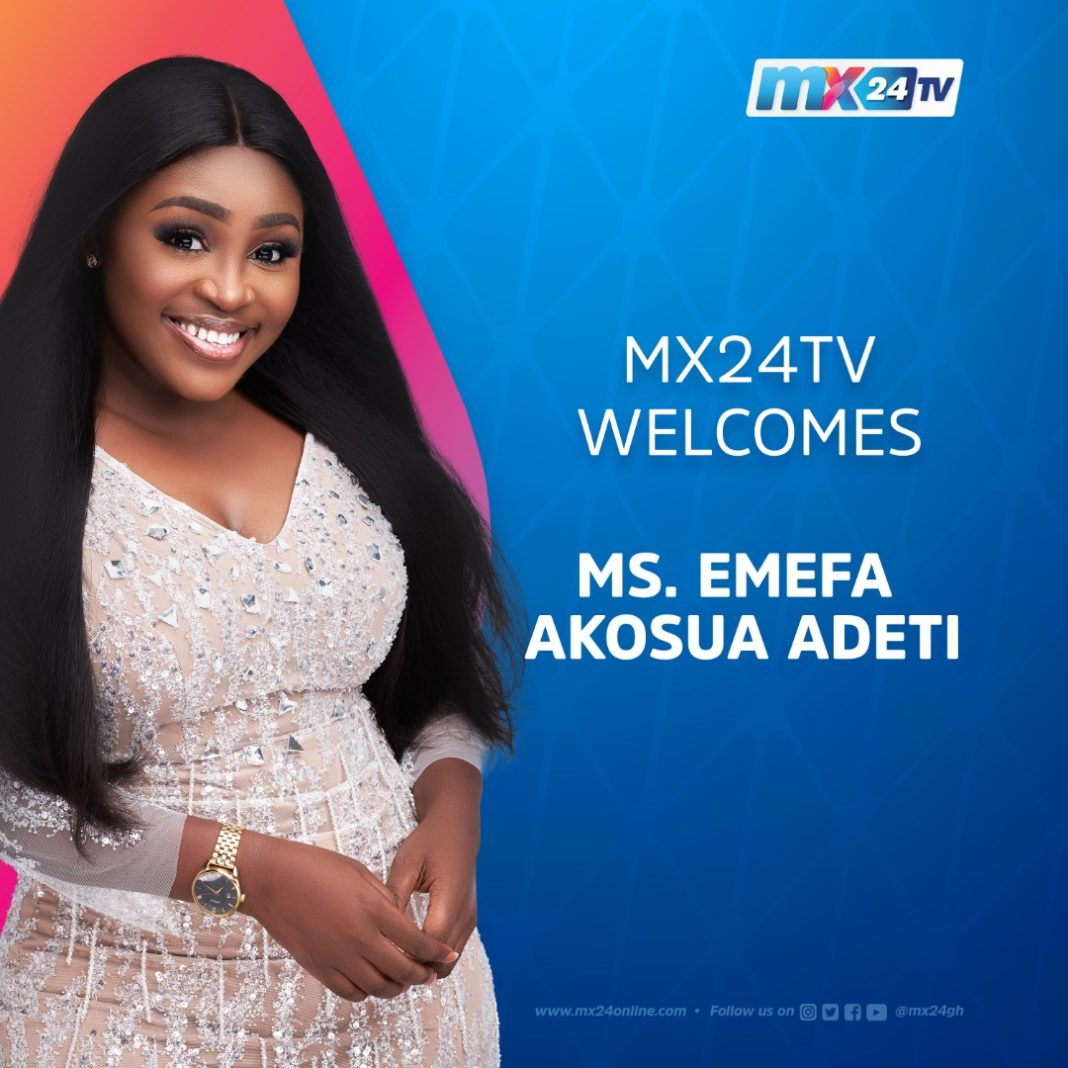 Emefa Adeti, one of Ghana’s leading television and event hosts has officially joined the MX24 family.

MX24TV; Ghana’s fastest rising lifestyle Television channel, with its  strong digital platform, and ultra modern East-Legon studios ,announces the new addition to their team as they gear up for their second anniversary celebrations.  This also  happens to be the first of several major announcements of exciting new shows, drama series and films to be aired on the station in the next few weeks.

READ ALSO: Jordan Ayew Stuns Fans With Dapper Photos As He Rocks Expensive Inside Out Trousers

Ms Emefa Adeti, joins MX24 as a seasoned presenter, having worked with other stations like TV3,Joy Prime and Angel TV. She’s also fondly remembered as Ghana’s Most Beautiful winner in 2012. Beyond her documented deep appreciation of lifestyle issues and  eloquence, Emefa is a marketing consultant, brand influencer, entrepreneur, philanthropist and student; currently studying law in Accra, Ghana. Her affable and engaging nature has landed her numerous brand ambassadorial roles with several brands including GTP and ONGA.

Ms Adeti’s affable and engaging nature, makes her the perfect fit for her immediate new role as co-host of our flagship morning show; The AMClub. Starting 4th July, Emefa will be part of a refreshing on-screen experience on weekday mornings; 7am to 10am. Her image and voice will continue to guide thousands of viewers hooked to the channel where it all happens – MX24.

Follow MX24GH is accessible on channel 4 on Multi Tv and also available on free to air together with all social media networks – linkin.bio/mx24gh

It Promises to be really exciting as MX24TV now fully rolls out and delivers impeccable content to its viewers.