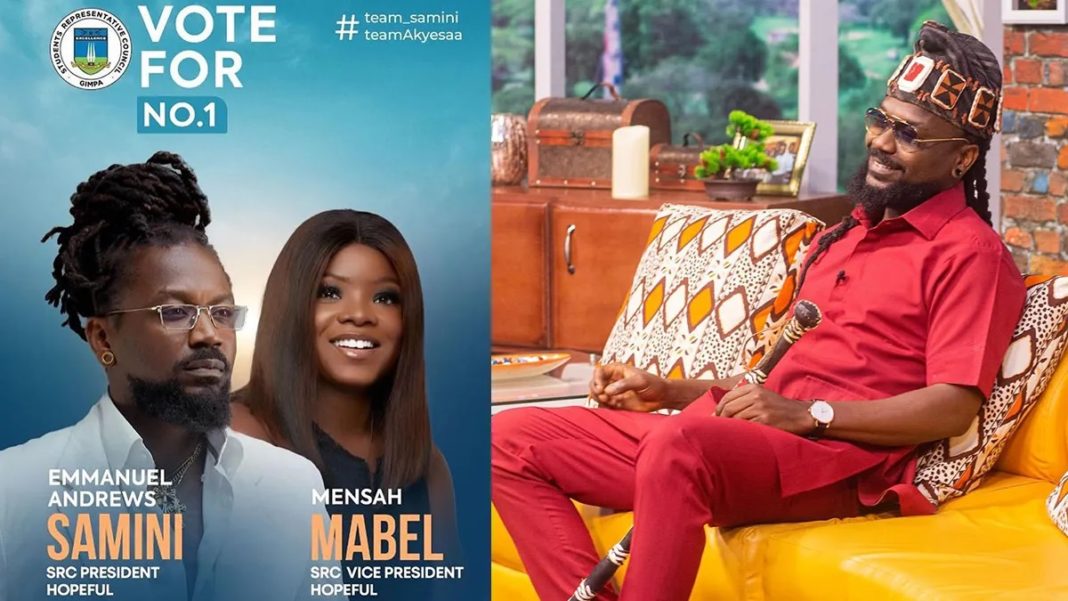 Award-winning Ghanaian musician, Samini bas finally spoken after emerging as the president-elect at the just ended SRC election of Ghana Institute of Management and Public Administration(GIMPA).

Samini announced his intentions to run as SRC President for the school in a twitter space recently to the surprise of many.

Soon aftet making that revelation, the Raggae/Dancehall musician picked the form, filled it, submitted and went for the vetting.

After all the processes, Samini won the elections on Wednesday night with over 300 votes.

As a show of appreciation, the ‘My Own’ hitmaker took to his Facebook wall to thank all the people who believed in him and urged him on.

He wrote: ‘#TGBTG 🙏🏾🙏🏾🙏🏾. Thanks to all who believed and encouraged me to go for the topmost… to my doubters I say a bigger thank you for making me see the need to prove you wrong.
#akyesaaaaaaaaaa the work begins here 🙏🏾❤️✊🏾’