Fadda Dickson Drops Subtle Reply For Funny Face After He Insulted Him? 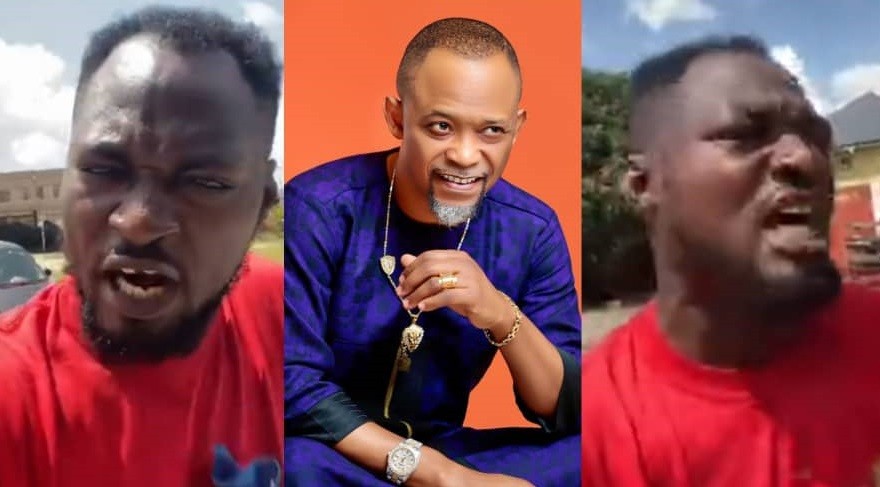 The Managing Director of Despite Media, Fadda Dickson has dropped what appears to be a subtle reaction to the attacks and insults comic actor, Funny Face hurled at him earlier today out of no provocation.

Funny Face somewhere around noon today shared a self-made video of himself on his social media pages and used a lot of unprintable words like ‘Fvxk you, wo maame tw3’ on respected people like Fada Dickson, Bola Ray, and Adebayor.

READ ALSO: Meet Queen Silla, The SHS Girl Who Is Already Giving Hajia Bintu A Run For Her Money With Her Heavy Back Load – Watch Videos

According to Funny Face, he did this because all the names mentioned above decided to ignore him when he was messing around because of his baby mama.

In what appears to be a reply to subtle reply to Funny Face’s rant and unnecessary insults, Fadda Dickson dropped a motivational message to tell good samaritans that ungratefulness will not deter him from helping others.

The celebrated media conglomerate added that he will continue to be the philanthropist that he is because giving is a kingdom principle.

Read his full caption below…

”When I GIVE, it does not come with STRINGS.
I’m not keeping TRACK of it as what you OWE me.

When I GIVE, I choose to do so without ULTERIOR motives. I GIVE because I know what it’s like to be without. To long for and be ignored. To speak and not be heard; to care for and have nothing returned.

When I GIVE, it’s because I know the value in what I have in my heart .

I refuse to let the world STOP me from sharing.

GIVEN IS A MATTER OF THE HEART AND A KINGDOM PRINCIPLE.”

Share
Facebook
Twitter
Pinterest
WhatsApp
Previous article#Shattabration: Sarkodie, Stonebwoy, Other Stars Celebrate Shatta Wale On His Birthday
Next articleMedikal Set To Become The First Ghanaian Musician To Own A Private – Check Out How He Announced And Joey B’s Reaction
- Advertisement -