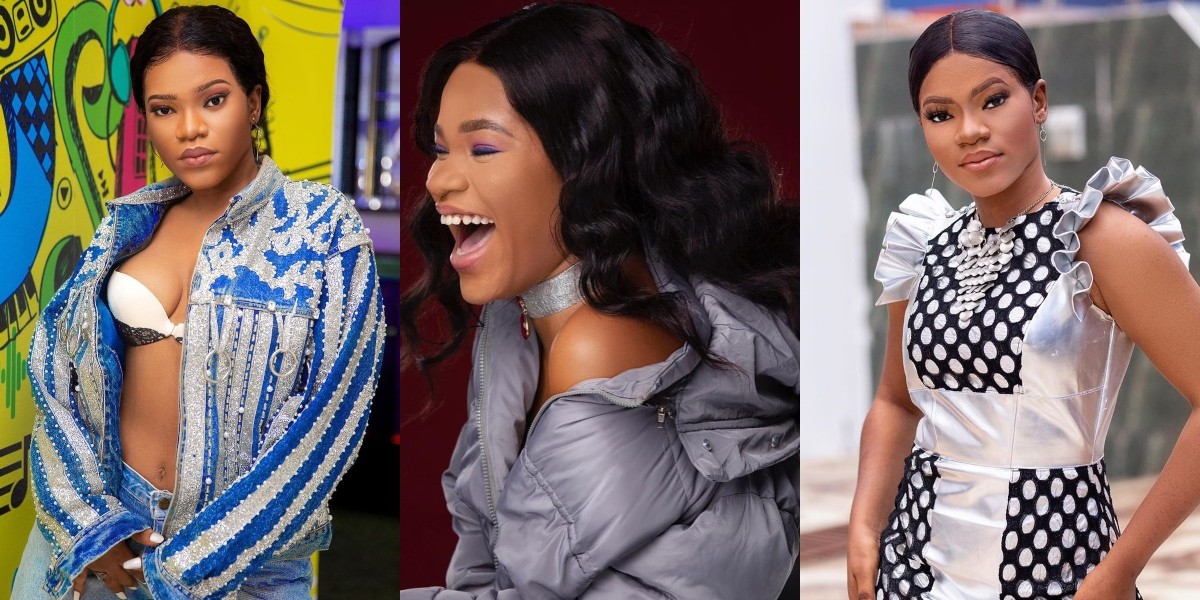 Tiisha in a social media post on Twitter used ‘Thrown” in her caption instead of “Throne” which totally changed the meaning of of her message entirely.

She posted a photo of herself sitting on a throne-like seat on Twitter and captioned it: “Real queen is back! Taking back my thrown”

The 6:30 singer, following the message, has attracted attention from the grammar police on social media who teased her for the error.

Some fans replied to the singer’s tweet with photos of kitchen stools and plastic chairs and said it was the ‘throne’ she was referring to.

Tiisha has not had it easy at all on social media following the grammatical disaster.

The singer is a new entrant into the industry and is known by the real name Tisha Bentil.

Nana Appiah Mensah Replies Bridget Otoo After She Questioned Why He...