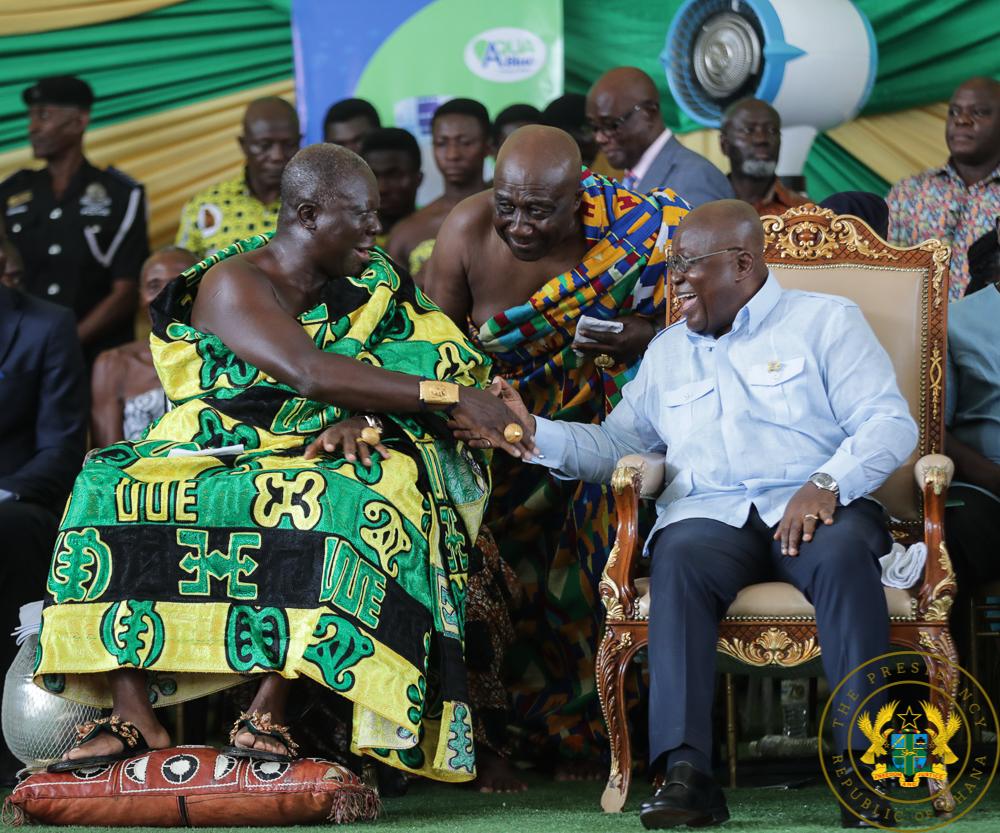 On countless occasions, the Ghanaian Twitter space has set the agenda for a lot of trending topics, which are mostly controversial and somehow very needless.

And as today marks the day, President Akufo-Addo was sworn in to serve his second term, tweeps did not disappoint as they are currently engaged in conversations about who between Ghana’s President and the Asantehene is more powerful.

This shocking conversation has generated a heated debate on the bird social media platform as some Ghanaian Twitter users argue with each other over the power and influence of the Asantehene and the Ghanaian President.

The tweet who started the debate wrote that: “I don’t care who your president is but I respect and honor Otumfour Osei Tutu II the Asantehene my King more than anyone. I will fight n die for my king not de president Long live King Solomon“.

His tweet attracted opposing tweets from tweeps who argue that Asantehene’s power does not go beyond the Ashanti Region and the Asante Kingdom, therefore, the Ghanaian President wields more influence than the traditional ruler.

Otumfuor is called Asantehene because his power and influence does not go beyond the Asantes. He cannot order the people in the North, Greater Accra, or any where apart from Ashanti Region but the President can do that. The President is way more too powerful than the Otumfuor.

Being an Ashanti does not mean i should say Asantehene has More power than the President.

Those saying Asantehene has more power than Nana Addo can eat Dog food.!

Those people who Dey try disrespect kumasi and the Asantehene all ibi jealousy o😂😅😂. We’ve been reigning and overpowering since the colonial times till now. We’re the most populated ethnic group, the richest, the most popular and our king the most powerful so idey pain dem 😂

Akufo Addo Or Nobody Will Go And Bring Pappy Kojo From...