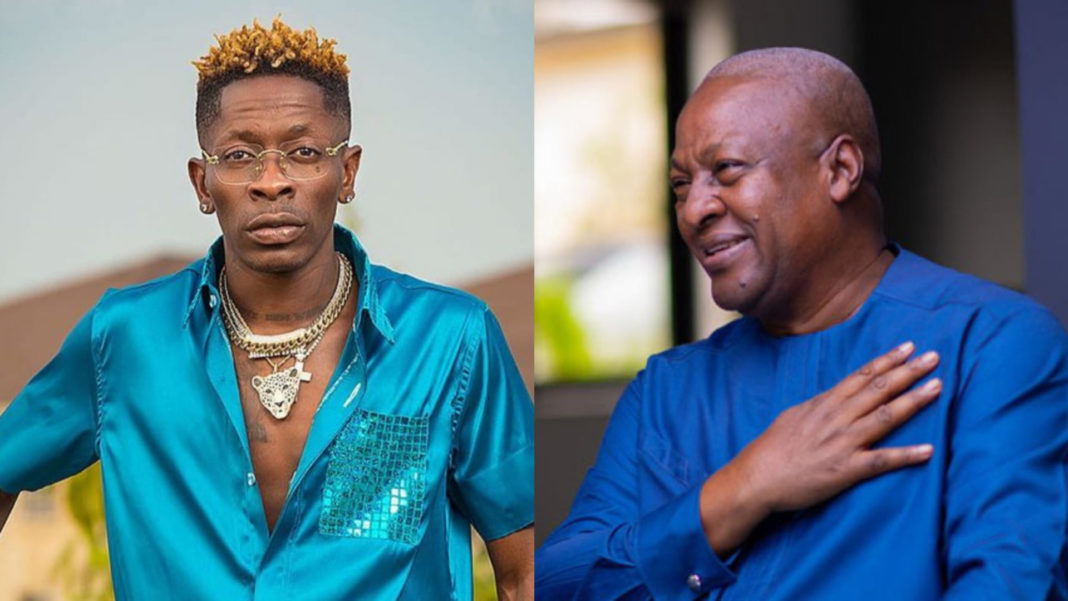 He made this remark on Showbiz A-Z on Joy FM when he was interviewed by George Quaye.

The question which was originally asked by Baba Sadiq, a known sympathizer of the opposition had Shatta Wale coming in with the response: “We have to give Mahama one more chance”.

Shatta Wale stated: “When Mahama was in power, he was doing everything for every youth to survive. I was getting opportunities from the presidency,” as he detailed why he feels this way.

The ‘Mahama Paper’ hit-maker revealed that many other music artists including hiplife group VIP, were involved with the previous government in its projects that impacted society positively.

“I was doing a back-to-school project… and I spoke to one of them in the [previous government], and before I realized, they were supporting the project”, Shatta Wale disclosed.

He also emphasized that the creative arts industry in Ghana stands a better chance with ex-President Mahama in power.