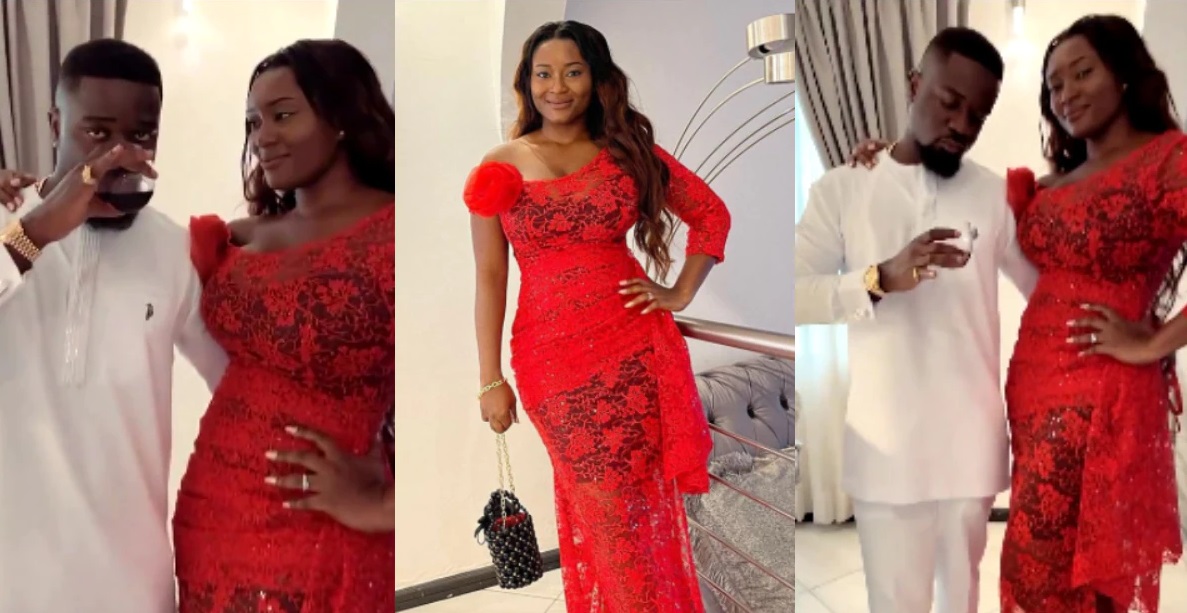 Tracy Sarkcess, the wife of Ghanaian musician, Sarkodie, has revealed how she met him.

Mrs Owusu Addo detailed the genesis of her relationship with the popular rapper in a discussion on ‘The Day Show’ hosted by Berla Mundi.

Tracy said they were in the same neighbourhood.

Interestingly, she claimed Sarkodie could not personally make his feelings for her known.

According to her, the ‘U Go Kill Me’ composer only told her cousin about what he felt for her.

Tracy indicated that she did not take it seriously because she was returning to Germany when her cousin informed her about Sarkodie’s feelings for her.

After spending about three (3) years in Germany, the businesswoman averred they reconnected as friends.

She described her husband as someone who is blessed with vision and can also create vision.

Tracy Sarkcess jokingly hinted at how mean Sarkodie was to her in the beginning—and she let it go.

They are now having two kids after tying the knot in 2018.

Watch the discussion below.

VIDEO: ‘Sarkodie Will Not Make List Of My Top Five Rappers...