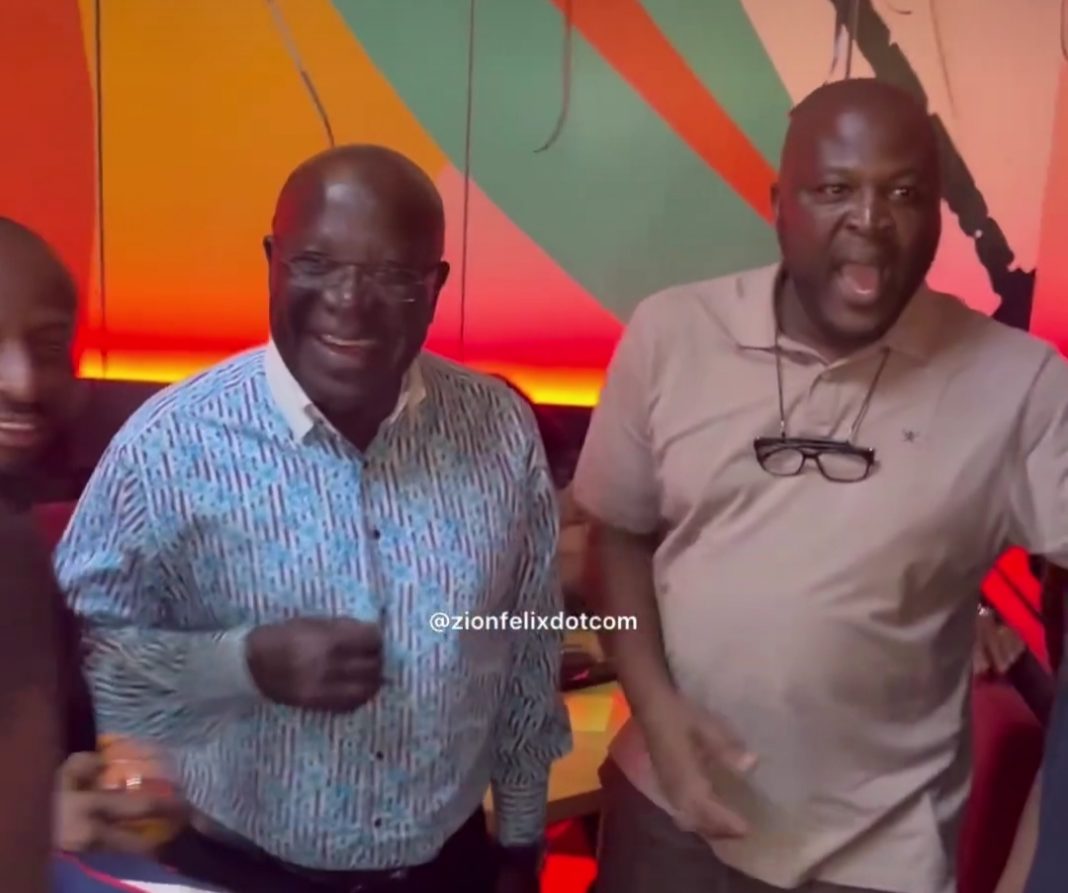 Ghanaian rapper Black Sherif is one of the few fast rising artistes who keeps winning on all fronts.

The rapper has been shown a lot of love by many Ghanaians including the crème de la crème.

This support has once again been shown at his private album listening session which was held in Accra last week.

The event was attended by the music industry players including bloggers, musicians, influencers and more.

Notable among the attendees was the former Executive President of AngloGold Ashanti Ltd and business mogul Sir Sam Jonah and the brother of Ex-President Mahama, Ibrahim Mahama who doubles as the owner of Dzata Cement and Engineers and Planners.

Also present was Sarkodie, Kwabena Kwabena, D-Black and many more.

VIDEO: ‘Black Sherif Will Be A One Way Artist If He...