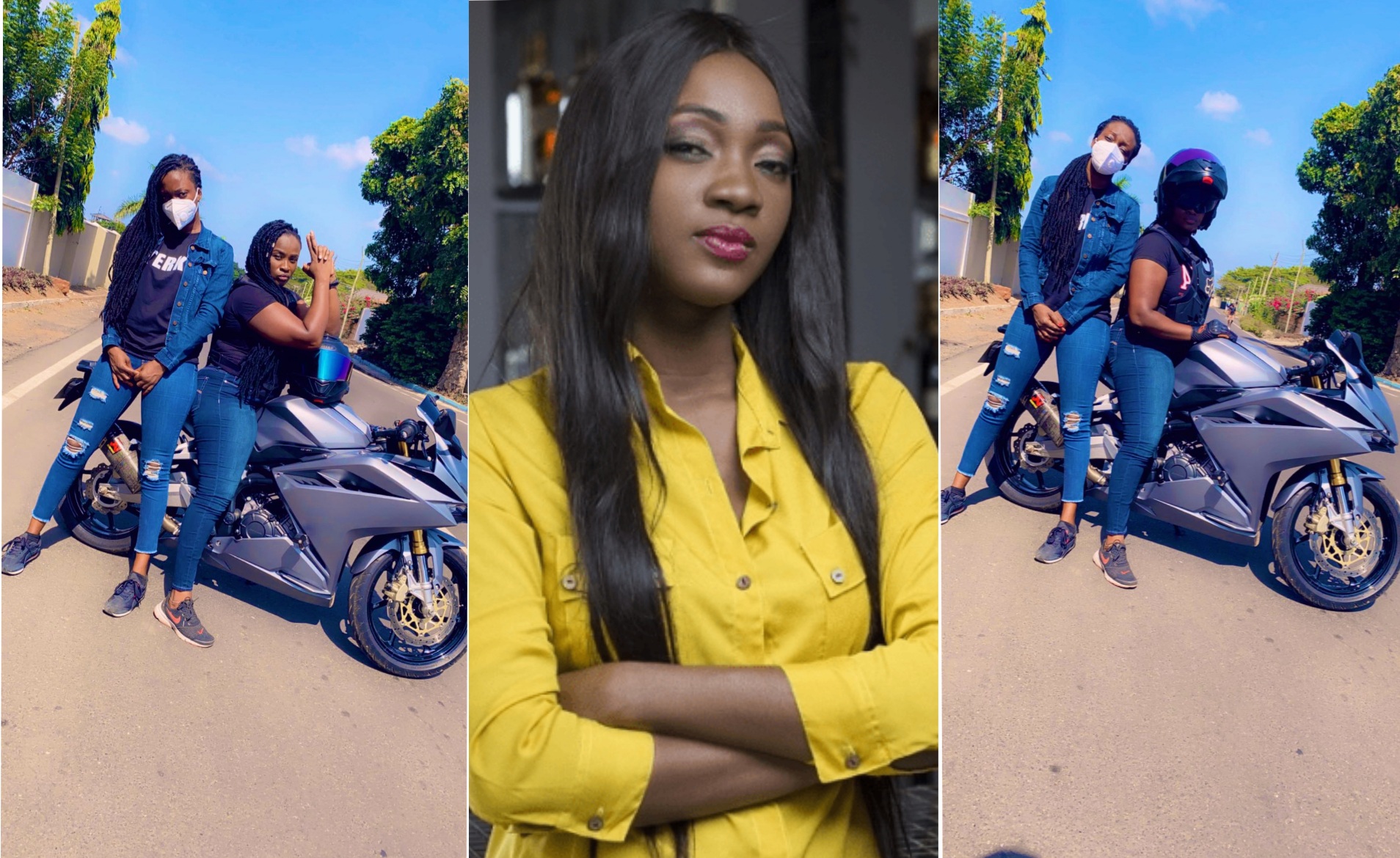 It appears the duo went on a biking expedition over the weekend to release stress.

Posting the pictures, Caroline added that he almost got her pu$$y blasted as a result of the motorbike but she is not deterred.

Twitter users were however taken aback with her choice of words. Several of them confronted her for her use of explicit language in her tweet.

READ ALSO: Why I Was Sacked From YFM – Caroline Sampson Tells Everything

Asked by one Twitter user what she expected people to learn from her if she is using those kind of words, Caroline replied that they can learn “tw3minism” from her.