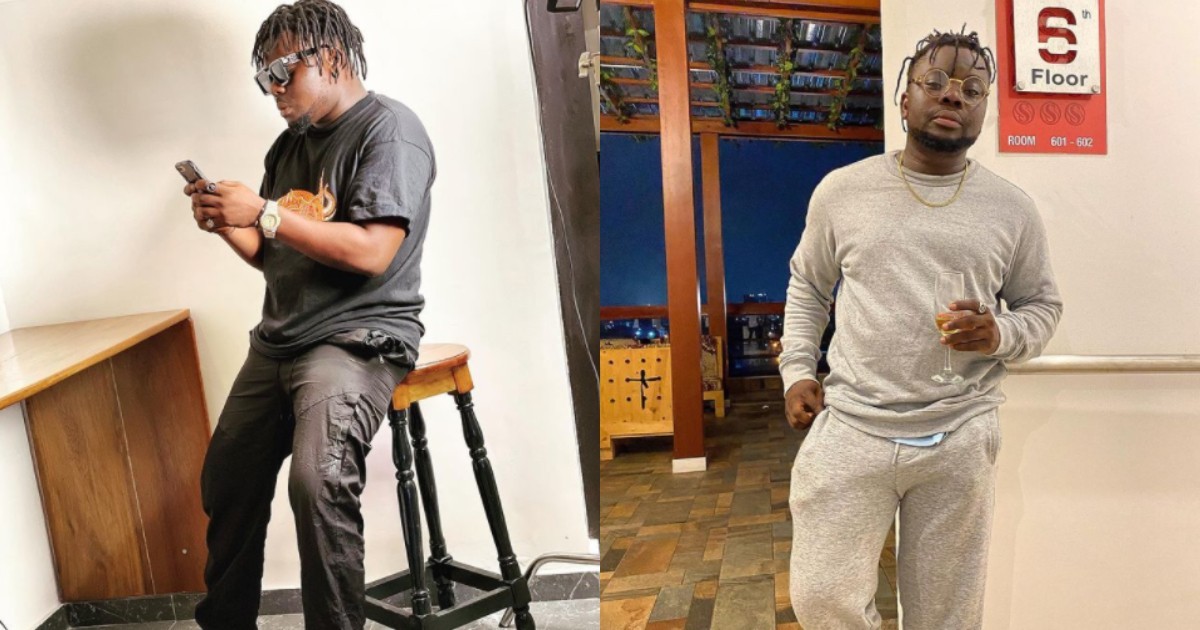 Ghanaian rapper Agbeshie who also goes by the nickname Ewe Gang Boss but known in real life as Frank Agbeshie Lawstand has said he does not believe in Jesus or the Bible.

While speaking in an exclusive interview with Zionfelix, the Seke song maker indicated that he was not a church goer and that to him, the Bible was just like any other story book.

“I know there is God but not Jesus Christ. I only that somebody created me which is spirit”, Agbeshie told Zionfelix in the exclusive interview.

He said he does not remember the last time he went to church but said he acknowledges the fact that someone created him.

The Godo singer said he it was not his music craft that was going to influence the kind of lives that people wanted to live.

Agbeshie then decided to take a context from the Bible to buttress his point but he was met with brute force from Zionfelix who reminded him of his earlier point of not believing in the scriptures.

READ ALSO: The Cause Of DJ Advicer’s Shocking Demise Revealed!

In his defence, Agbeshie said he decided to take an example from the Bible because it was what many people had come to believe in.