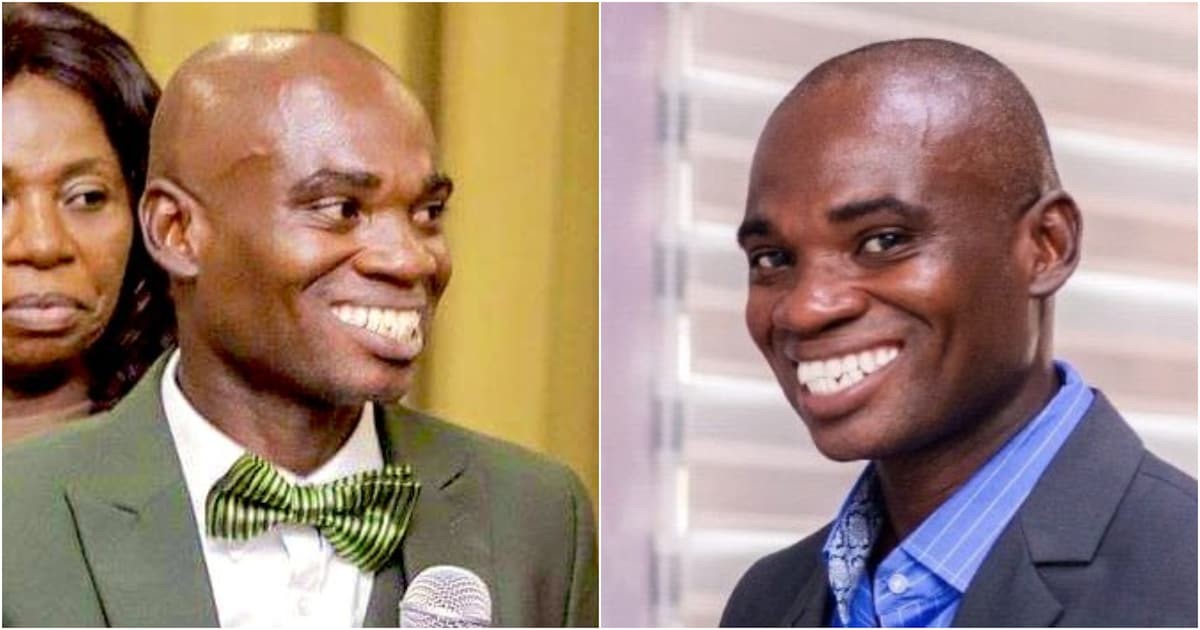 After he was exposed for swindling a section of Ghanaian celebrities, Dr Owusu Fordjour now nicknamed Dr UN was seen bragging in a video sighted by Zionfelix.net.

READ ALSO: NAM1 Reacts To Ghanaians Mentioning His Name And Comparing Him To Dr Fordjour

Dr UN made this claims at a local drinking spot where some people close to him were praising him.

He further stated that he bought most of the people at Joy FM.

Making fun of the awardees, Dr UN revealed how Nathaniel Attoh hold him in high esteem when they met.

He added that D-Black was rushing to have the award and he was even ready to pay for it.

READ ALSO: I Could Have Done Better – Johnnie Hughes Laughs At Himself For Falling For Fake Awards (See Post)

While the people praised him for being the person who is trending in Ghana now, Dr UN boasted that he can make people stars but he is not getting the opportunity to do so.

Sarkodie, D-Black, DJ Black, Nathaniel Attoh, Daughters of Glorious Jesus, Natalie Fort and many others were among the people who fell for Dr UN’s fake awards.

Share
Facebook
Twitter
Pinterest
WhatsApp
Previous article
“Dr Fordjour” Has No Chill; Check Out How He Mocked Sarkodie And Other Top Celebs Her Scammed With Fake UN Award In New Video
Next article
Sarkodie Still In Shock After He Was Played Big Time By Dr. UN – Check Out His Latest Post Causing A Stir
- Advertisement -

Asem Returns For The Head Of Sarkodie – Takes To Social...