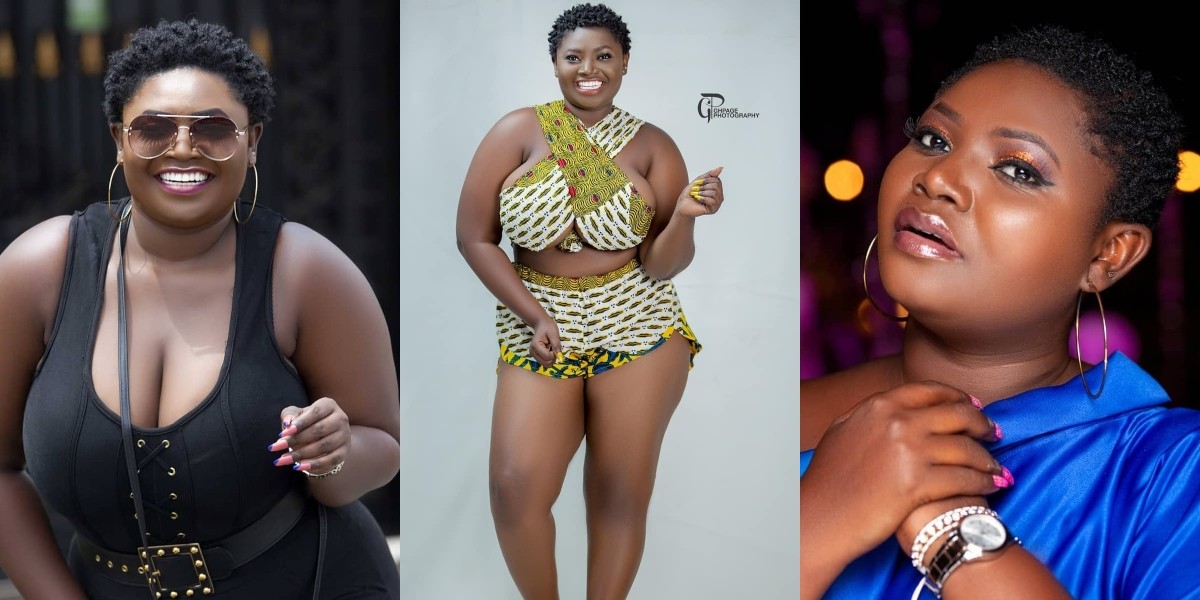 Burgeoning Kumawood actress, entrepreneur and video vixen, Safina Haroun, has given her teeming fans a lot to think about with her latest photo on social media.

In the recent post of the actress sighted on her official Instagram page, Safina was seen posing close to a swimming pool while wearing a blue-themed bikini.

READ ALSO: Michy Reveals Why She Separated From Shatta Wale

The actress appeared to be de-stressing from a hectic week and decided to go for a swim at the pool when she posed for the camera.

While taking the photo, the budding actress put her heavy chest on display and smiled beautifully for the camera.

She sported her usual short hair and was seen adorned in some jewelry – a bracelet and necklace to complement her look.

After posting the rather ravishing photo of herself, Safina captioned it with a line from a rap song by rapper Eno Barony: “Ano be pencil but ago draw your attention download the apps and watch my movie”.

Many fans and followers of the actress took to the comment section to shower many accolades on her.

Popular comedian, Comedian Waris came in with a comment that read: “Chaiii meattt”