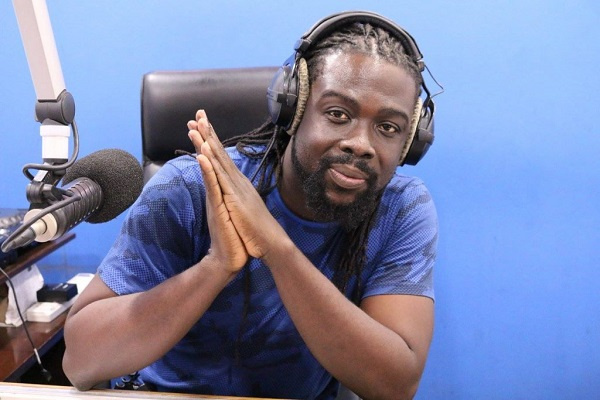 Popular Ghanaian radio presenter, Kwame Bee, has charged the president of the Republic of Ghana, President Akufo-Addo, and his vice, Alhaji Bawumia, for the hardships in the country now.

The Kasapa FM presenter in a tweet expressed his disappointment in the first and second gentlemen of the country after some thieves broke into his car and made away with his battery and other things.

In the tweet, the host of Kasapa FM’s ‘Di Wu Lane Mu’ drivetime show indicated that the thieves who broke into his car probably did so because they are hungry just like him because of the economic hardships in Ghana now.

He added that the president and his vice will not feel the tension and go through such heart-breaking moments when they work up in the morning because they have security personnel who are paid with the nation’s money.

Kwame Bee further stressed President Akufo-Addo has made life so difficult for most Ghanaians.

Samini First Approached NDC For Endorsement Deal But They Said No...