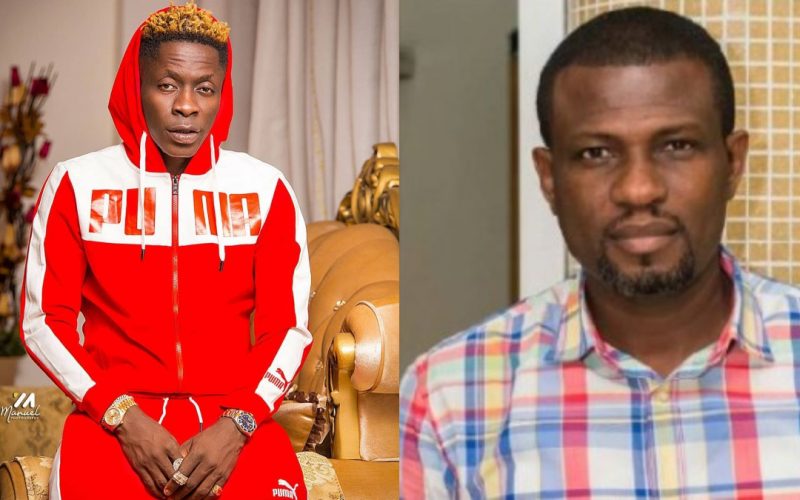 Ghanaian blogger and researcher, Eric Toscar has taken on the president of the Shatta Movement Empire, Shatta Wale, and his numerous fans who have been attacking Mark Okraku Mantey.

It will be recalled that recent reports suggested that the boss of Slip Entertainment, Mark Okraku Mantey will be named the Deputy Minister of Tourism and Creative Arts.

Even though the reports are unconfirmed, Shatta Wale took to his social media platforms and shared numerous videos to blast Mark and suggest that he is not fit for the job.

Just as expected, his fans joined in to give him their full backing and blast the Programs Manager of Hitz FM more.

In the wake of all his back and forth with Mark, Shatta Wale scored a big one yesterday after it emerged that three of his song got featured in a Hollywood movie that is on Netflix titled ‘Black Beach’.

He has been celebrating the feet with his fans online but according to Eric Toscar, Shatta Wale should stop attacking Mark and give him credit because he helped him to get that big feature.

In 2019, during the Year of Return, a Spanish Movie Production company came to Ghana to shoot a movie. Most of the Ghana scenes were shot in Cape Coast. I remember they had some issues along the line, shooting was halted because they didn’t have permit or something. It took some industry stakeholders led by Mark Okraku Mantey to help them fix the issues they had. They continued their production, finished it, extended their stay, enjoyed Ghana and left.

Now the movie is out, titled ‘BLACK BEACH’, Shatta Wale is the topic out of the movie because 3 of his songs were featured in the movie. SM fans are on all social media platforms singing praises and shading alongside.