Meet Naa Adjeley Shuga, The Social Media Influencer Who Helped To Get The Caveman Deal For Legendary Actor, Fred Amugi 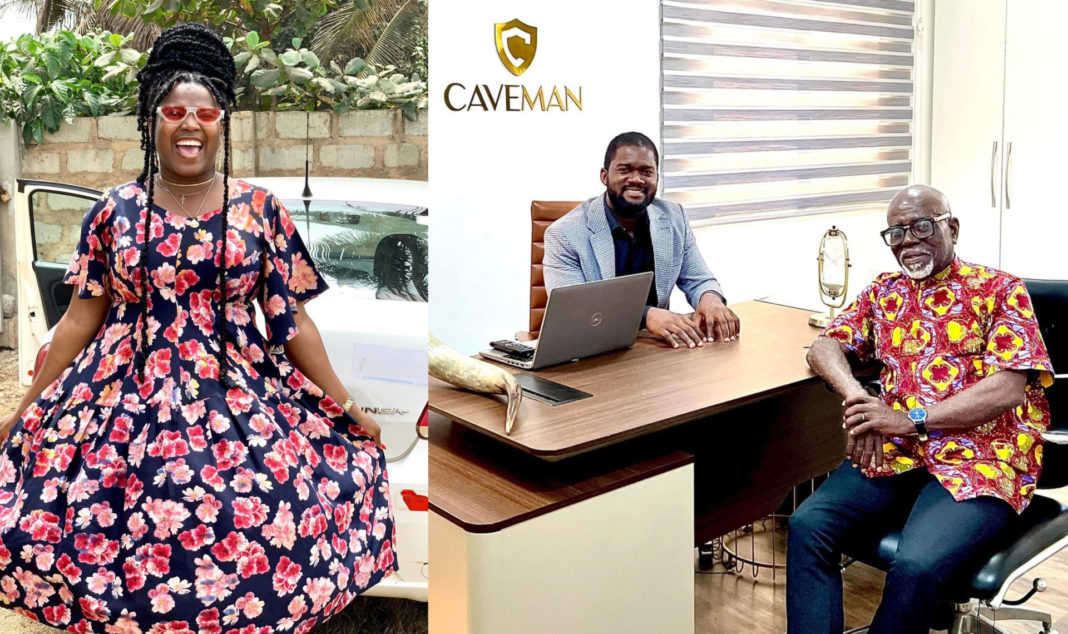 The signing of this deal follows a recent outcry by the veteran actor during an interview about his desire to appear on billboards as he celebrated his 74th birthday on November 5, 2022.

While this news is quite good and heart-warming, someone necessitated the whole move for this beautiful thing to occur.

When the reports about Fred Amugi’s interest in appearing on billboards were first shared by zionfelix.net and other online platforms, Naa Adjeley Shuga, who happens to be a popular social media influencer, a philanthropist, an entrepreneur, an event planner, and a skit maker, shared it as well.

READ ALSO: Uncle Ato Announces The Death Of His Wife

In sharing it, she tagged the CEO of Caveman Watches and begged him to make the dreams of Fred Amugi a reality.

Even though Anthony, the CEO of Caveman, obviously did not expect this, he agreed to the plan and made it work out perfectly.

The deal was signed today, November 14, 2022, between the two parties.

The deal might be done, but Naa deserves a lot of plaudits.