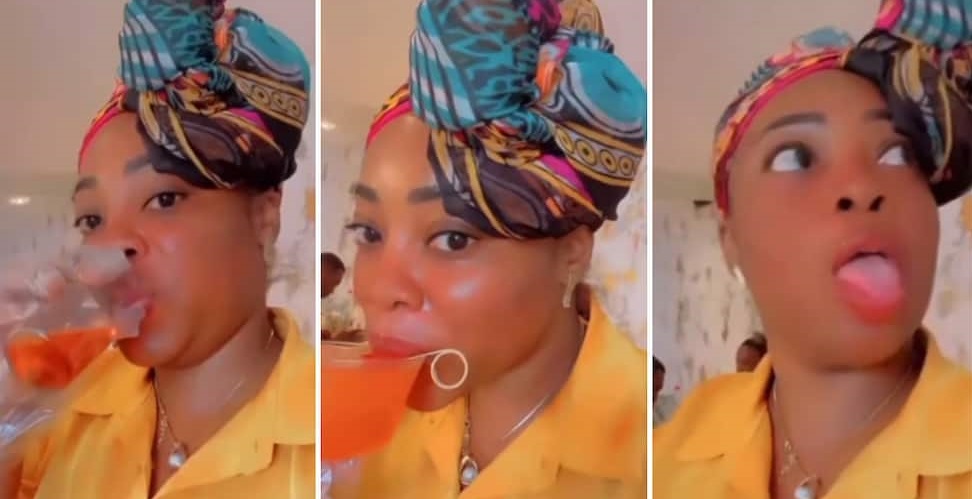 Moesha Bodoung has been under a lot of attack on social media in the last few days after she was seen in a recent video drinking alcohol even though she recently said she has given her life to Christ and as such, she was giving up on all her old bad ways.

In that viral, Moesha was heard saying that she missed alcohol and was taking some even though she was fully aware that he father in heaven was going to be angry with her but she hoped that the supreme being understands that she can’t go without drinking once in a while.

The video got many social media folks surprised and their reactions were enormous, with many people suggesting that Moesha has lost her way too early in her journey with Jesus Christ as a born-again.

Amid all the criticism, Moesha has dropped another video to reply to all the people bashing her. According to her, netizens should cut her some slack for, after all, her father in heaven turned water into wine in the Bible which suggests that alcohol is not really a bad thing.

READ ALSO: Bridget Otoo confronts Stonebwoy for backing another investment after the collapse of Menzgold which he supported

She also added that people should bear in mind that even though she is a born-again Christian now, she is not perfect to be used as a yardstick to measure all the people who are taking a walk with Christ.