Mona Gucci Goes W!ld As She Reacts To Nana Agrada’s Claims Of Paying Her Ghc18K Rent 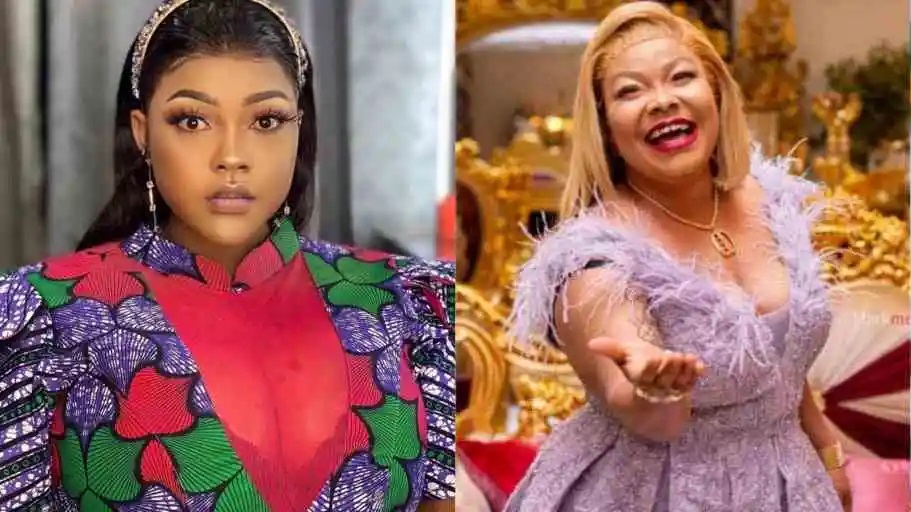 The host of Onua TV’s ‘Biribi Gye Gye Wo’ show, Mona Gucci has finally reacted to some allegations leveled against her by the former priestess, Nana Agradaa who is now known as Evangelist Patricia Odoru Kwarteng.

Nana Agradaa in a video that went viral lambasted Mona Gucci for being one of the people who poked their nose into the reports suggesting that her husband has left their marriage.

According to Nana Agradaa in that firey video, she shared online, Mona Gucci had no moral right to have mocked her because she allegedly came to beg her for money to pay for her rent.

However, in a reaction to this allegation, Mona Gucci has taken to her Instagram page to give Nana Agradaa an ultimatum to come out and apologize to her and the general public or present the evidence that she indeed came to beg her for money.

Mona Gucci added that Nana Agradaa has consistently been disgracing others with false accusations but it stops with her.

Read what she wrote in full below: ‘PATRICIA…I didn’t wona mind u..cuz of the age difference—but looks like u r fooling too much…Who should apologize—to who? My name is Mona Gucci n I say no one will apologize to u..!! Enough of ur foolishness in this country—Agraada I am giving u 48hrs if u don’t provide evidence of ur claims…u will call ur “Agraada gods..” and I will call mine…u like tarnishing people’s image—with lies..it will end with me… 48hrs bring ur evidence of u paying my rent u will know that the “DEVIL IS BEAUTIFUL”…utter nonsense!!! KARMA isn’t done with u yet— don’t come n use ur broken heart to spew Nonsense…u r not the only mad person in the country…the maddest people are well dressed n speak good English—nonsense again…you r fooling too much— 48hrs ur time is ticking!!! Mtchewwww 😡’