Money No Be Problem: Sarkodie Opens Up His Huge Mansion For All See (Watch Video) 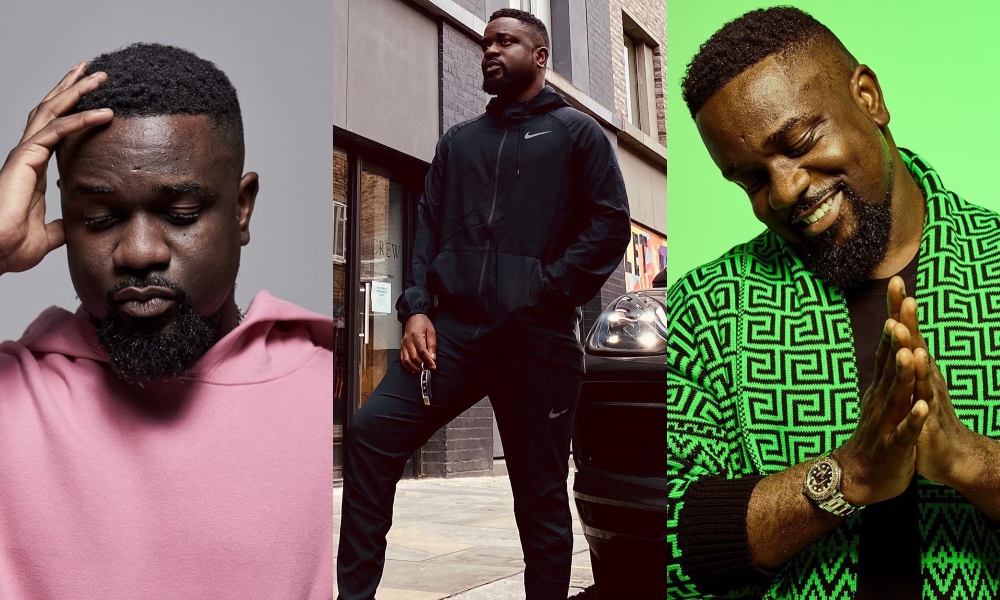 Award-winning rapper Sarkodie, known in private life as Michael Owusu Addo, has given his fans a peek into his lavish living room.

In a new video sighted by Zionfelix.net, Sarkodie is seen inside the beautifully decorated living room as he moved to and fro.

The video starts with Sarkodie dressed in a black t-shirt over a pair of black trousers with black sunglasses.

The rapper is seen descending from a staircase which likely leads to his bedroom and gazing on his phone.

After getting don into the living room, Sarkodie walks straight towards his dining table to pick a water bottle before turning away.

He then walks out of the room in a manner which suggests he was heading out of the house.

From the video, Sarkodie’s living room seems to have been given a fresh look as compared to what he shared on social media some time ago.

While the living maintains the white painting, it looks brighter with better lighting. Even the staircase is brightly lit with fine-looking led lights.

The video partly shows some of the furniture in the room and it does complement the general look of the room.

From the video, there is no doubt Sarkodie lives in a plush home and it is no wonder that he decided to show it off on his Instagram stories

Share
Facebook
Twitter
Pinterest
WhatsApp
Previous articleBulldog Advises Female Musicians On How To Be Relevant In The Music Industry
Next articleStop Saying BBNZ Made Me Who I Am, I Was Already Popular Before They Signed Me – Cwesi Oteng

“Sark I Appreciate It” – Mark Okraku Mantey Praises Sarkodie After...