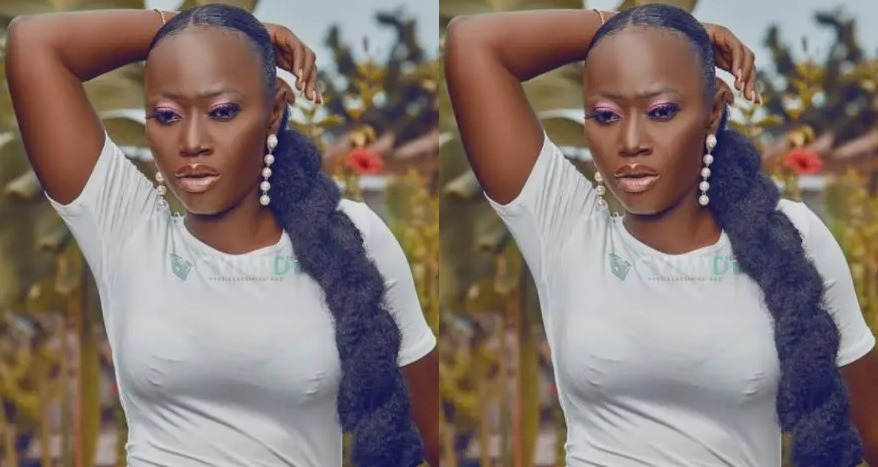 In an interview on Zionfelix’s ‘Uncut Show’, Gyimidi reluctantly disclosed that her ex-manager squandered some monies that were meant to be used for their work.

According to her, her four-year working deal with the Paa Sam Foundation which is owned by the young entrepreneur, Mr. George Asamoah ensured that she worked with her former manager.

Apparently, her former manager was the brother-in-law of her boss and as a result of the busy schedule of Mr. George Asamoah aka Papa Sam, he requested that Gyimidi has him as her manager because they are partly family.

However, during the period of their work, it became evident that her ex-manager has spent some money.

She added that soon after this, he told her that he could no longer work with her because he had a supposed medical condition she needed to treat.

Asked if she has been in contact with him again after all this, Gyimidi replied in the negative and added that she has moved on.

Gyimidi was however quick to add that she is still working for the Paa Sam foundation and that her boss, Mr. George Asamoah is still very supportive.

Movie Producer Famous Sacked Me From His Set, He Proposed To...