Belinda Nana Ekua Amoah, popularly known as Mzbel has reacted to the many accusations controversial marriage counselor, George Lutterodt has been throwing her way over the time with a venom of a counter accusation on her Instagram handle.

In a post sighted by zionfelix.net on the Instagram handle of the musician, Mzbel alleged that counselor Lutterodt has impregnated 24-year-old lady and forced her to abort it.

“Councillor Lutterodt the 24years old girl at Mile 7, u had the abortion with is begging for my platform to expose you!
I really do respect all of u out here who pleaded with me to Ignore #CouncillorLutterodt‘s stupidity but please family i have had enough so kindly allow me to deal with him my own way now!” she wrote.

The 16 Years hitmaker also stated that she has had enough of the constant attacks of counselor Lutterodt on her for over four years now. Nana Akua Amoah as she is known in real life further disclosed that she can never be a burden to society like the counselor claims she is since she has over the time given back to society through her foundation called the BelCare foundation.

She, however, emphasizes that if anybody can be considered a burden on society then it should be counselor Lutterodt, for he has always taken from society, by destroying marriages on the radio all the time.

Mzbel who recently released ‘Tongues’ song also in the video told the controversial counselor that she will never reveal the identity of her baby daddy for the like of him (counselor Lutterodt) to sit on radio and disrespect him.

Mzbel ended her video by sending a warning to the counselor that if he tries to insult her from henceforth, she will reply in equal measure. 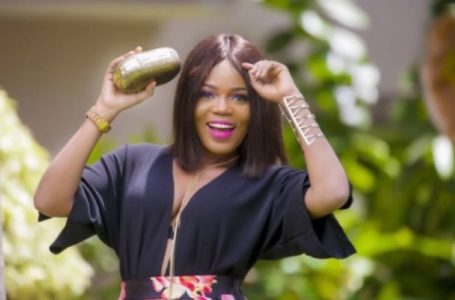