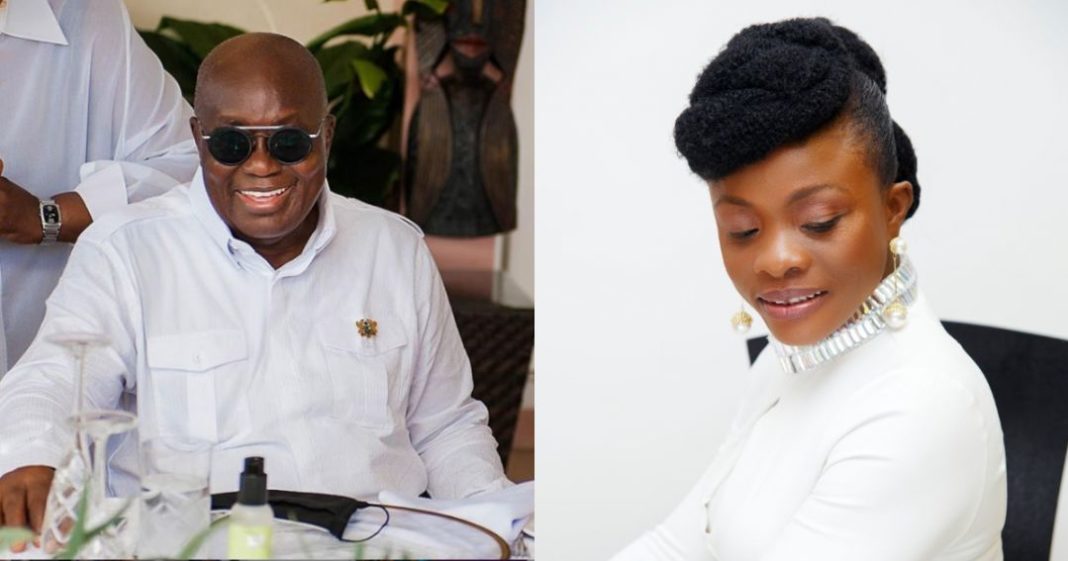 Many Ghanaian appear disappointed in the President Akufo-Addo-led government over how things are currently going in the country.

A lot of them, including celebrities who vigorously campaigned for the government to retain its seat in 2020 have in various comments bashed the government and ask that it does better to lessen the burden on people in the country.

Amid all this anger and disappointment in the ruling government, award-winning gospel musician, Diana Asamoah says that Ghana’s president, H.E. Nana Addo Dankwa Akufo-Addo is the best president in the world currently.

According to her, in the fourth republic of Ghana, no president has had to deal with a global crisis as major as the covid Nana Akufo-Addo battled and is still battling.

She also highlighted the challenge the passage of the E-levy faced and the alleged low returns it has brought in as another reason for the current predicament the country finds itself in which is not really the doing of President Akufo-Addo.

Evangelist Diana Asamoah finally mentioned the w@r between Russia and Ukraine as another major reason why many people believe times are hard in Ghana, especially with the cost of fuel.

To her, these things are not things the president could control, however, he has done better to manage the country and the economy despite all these force majeures.

Watch the full interview below for more