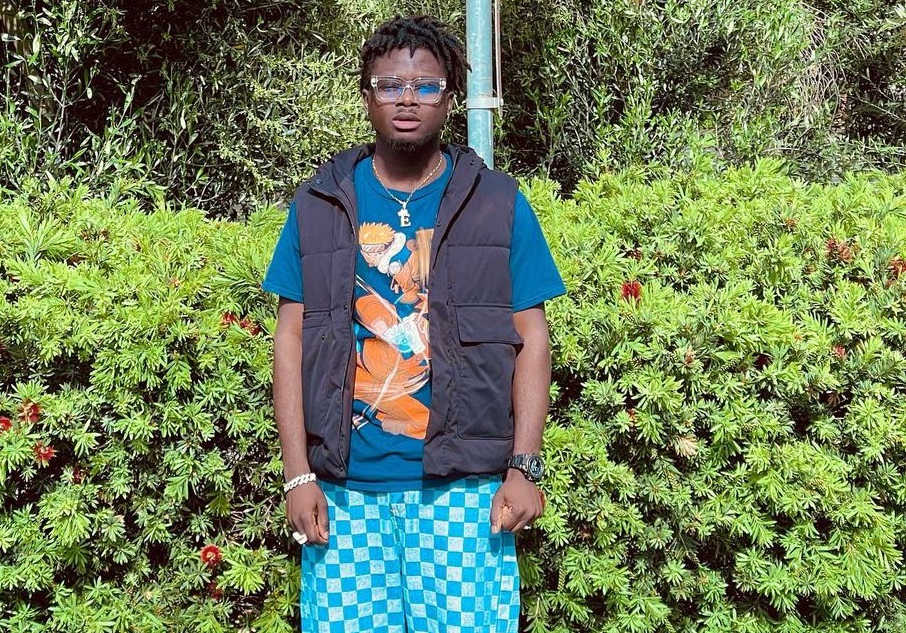 Lynx Entertainment’s signed artist, Kuami Eugene, appears to be causing some confusion in the minds of his fans with his new look.

The award-winning musician in some fresh photos and videos that have surfaced online appears to be putting on some weight and his fans seem to be somehow loving it.

READ ALSO: The Guy Who Was Arrested For Stealing Meek Mill’s Remanded

The ‘Take Away’ hitmaker was recently spotted at the end-of-year party organized by Lynx Entertainment in Accra looking all gentle and fresh.

Some fans who have probably not seen him throughout the Christmas festivities were in the comment section of the videos shared on social media expressing their surprise about how he was looking.

Some of them described him as an ‘obolo’, a description the Akans mostly give to someone who is gaining or has gained some weight.

Others also cursed poverty and described it as ‘forken’, to suggest that the Rockstar as he is affectionately called looks good now because he has gotten a lot of money.

Check out the video and some of the comments the fans left under it below. You can also tell us what you think about Kuami Eugene’s new look…

Share
Facebook
Twitter
Pinterest
WhatsApp
Previous article
The Guy Who Was Arrested For Stealing Meek Mill’s Remanded
Next article
VIDEO: Ghanaian youth are not rich because they sleep too much and are lazy – Businessman McDan states
- Advertisement -

Kuami Eugene Has No Problem With Guru – Kwame Yogot