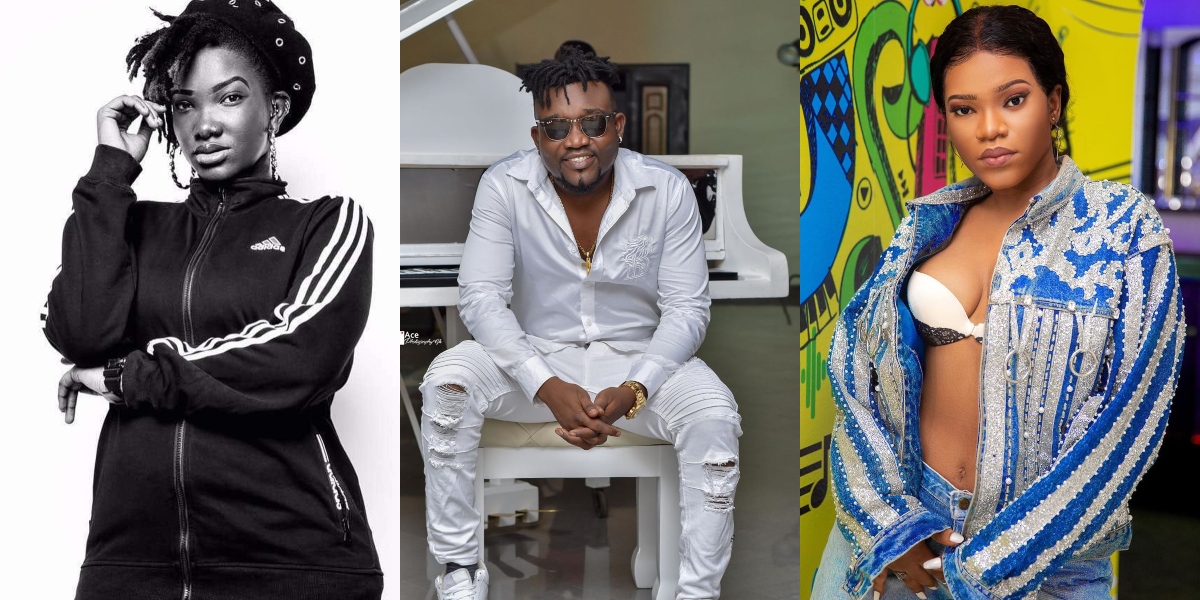 Bullet took to his IG page to send ‘free advice’ to upcoming female artistes to create their own path and not try to sound like others.

According to Bullet, he receives tons of songs from female singers but he has found it difficult to sign any of them because they all try so hard to sound like Ebony.

Bullet went on to admonish burgeoning female singers not to try and copy what has already been done because to him, Ebony is irreplaceable.

The Rufftown boss went on to indicate that Ebony was so unmatched that for almost 3 years running, she was still touted as the Artiste of The Year in Ghana.

Bullet’s post on IG read: “Everyday, i receive tons of messages and music from various female artistes who desire to be signed unto my label but it is always hard for me to comprehend because they all sound like my precious Queen, Ebony Reigns.
I know and can categorically state that no one can replace Ebony Reigns, so, it is always hard for me to sign them.Remember i never mentioned anywhere that i wanted to replace Ebony reigns, not even when i was introducing the current reigning queen of Ghana music @wendyshayofficial because ebony is irreplaceable. Ebony is like Bob Marley ,Tupac and Michael Jackson. She is irreplaceable. She is the first female artiste of the year and she is still the artiste of the year even after her demise. It has been almost 3 years, y’all not scared of such an icon. This is free advice to all young upcoming female artistes, everyone can take inspiration from Ebony but never try to talk or sound like her. Originality is supreme. Long live the queen, Ebony reigns forever.”

Bullet added that he had also managed to raise Wendy Shay who according to him, is Ghana’s reigning queen of music.