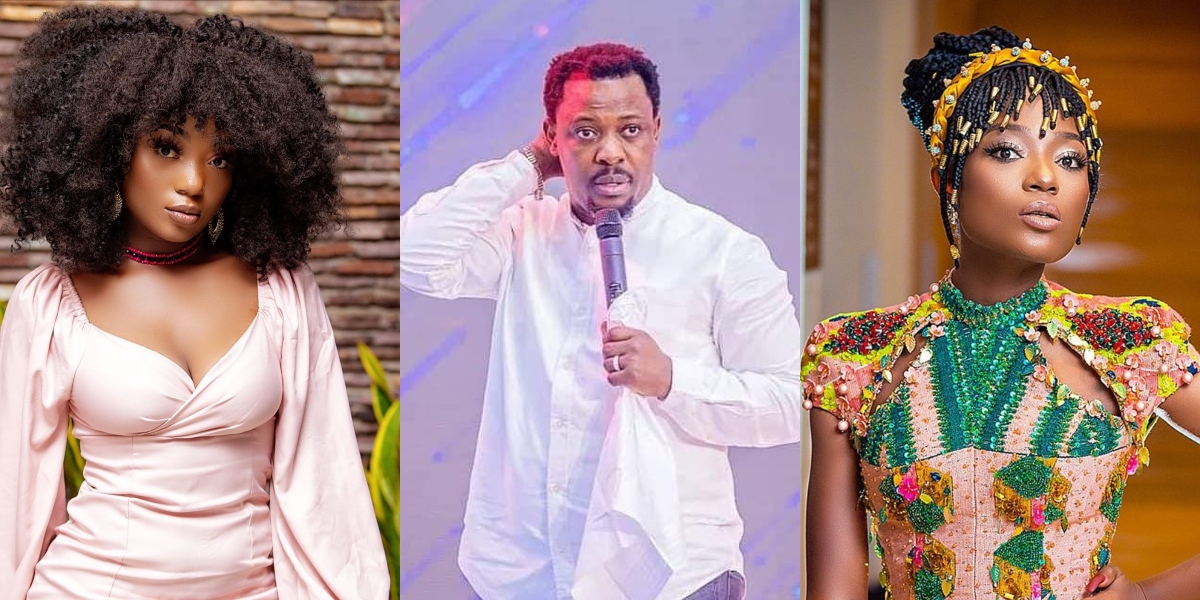 The Founder and leader of the Prophetic Hill Chapel, Prophet Nigel Gaisie has in a viral video prophesied the death of Ghanaian musician Efya.

In the video sighted on social media, the prophet made claims that Jane Awindor who is widely known as Efya will be dying very soon.

According to the prophet when God opened his eyes he saw the daughter of the host of “Greetings from Abroad”, Efya.

“I will give account of all prophesies given by me through God, so I do not add anything to my prophecies”, he said.

He further stated that “there is an unseen hand that rules in the affairs of man that humans have to understand.

“I do not know her, I do not know any of them, I do not follow them, but I thank God for what they’re doing because I believe in talents and gifts” he said.

According to him, he is not asking Efya to come to him, neither does he want fame but this was a revelation from God and he had to say it.

Kumchacha Opens Up on Alleged Exchange of Blows with Nigel Gaisie...