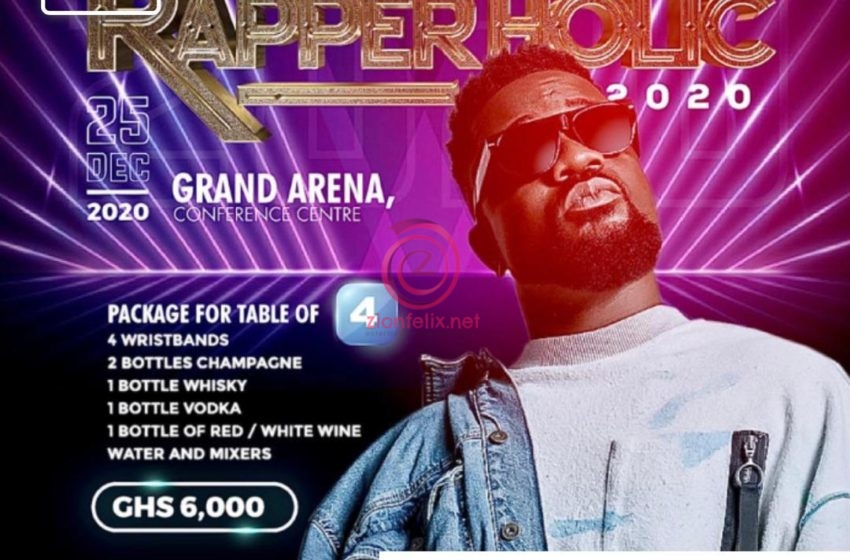 Two times BET award-winning Ghanaian musician, Sarkodie has finally announced that tickets for the Limited Edition for his yearly Christmas concert, Rapperholic are out.

Taking to his Instagram page and Twitter handle, Sarkodie shared a video to tell his fans and all the people who love his craft how they can get some of the tickets for the concert.

Well, if you are asking yourself the prices of the tickets for this year’s edition, here you go.

READ ALSO: About To Go Down? ‘Secret’ Video Captures Shatta Wale Telling Hajia Bintu To Give Him A Call After their Video Shoot – WATCH

For the fans who cannot afford to go for the prices listed above, Sarkodie and the Mx24 team have also put up tickets which cost Ghc500 — this most definitely means all the people who will purchase it are standing.

Even though Sarkodie nearly called off the 2020 edition of Rapperholic, he decided to put the limited edition together about broad consultation to make it eight (8) years on a roll.