Ronnie Is Everywhere Denies Speculations Suggesting DBlack Funded The Surgery To Remove The ‘Boil’ On His Forehead; Discloses Who Financed It (+video) 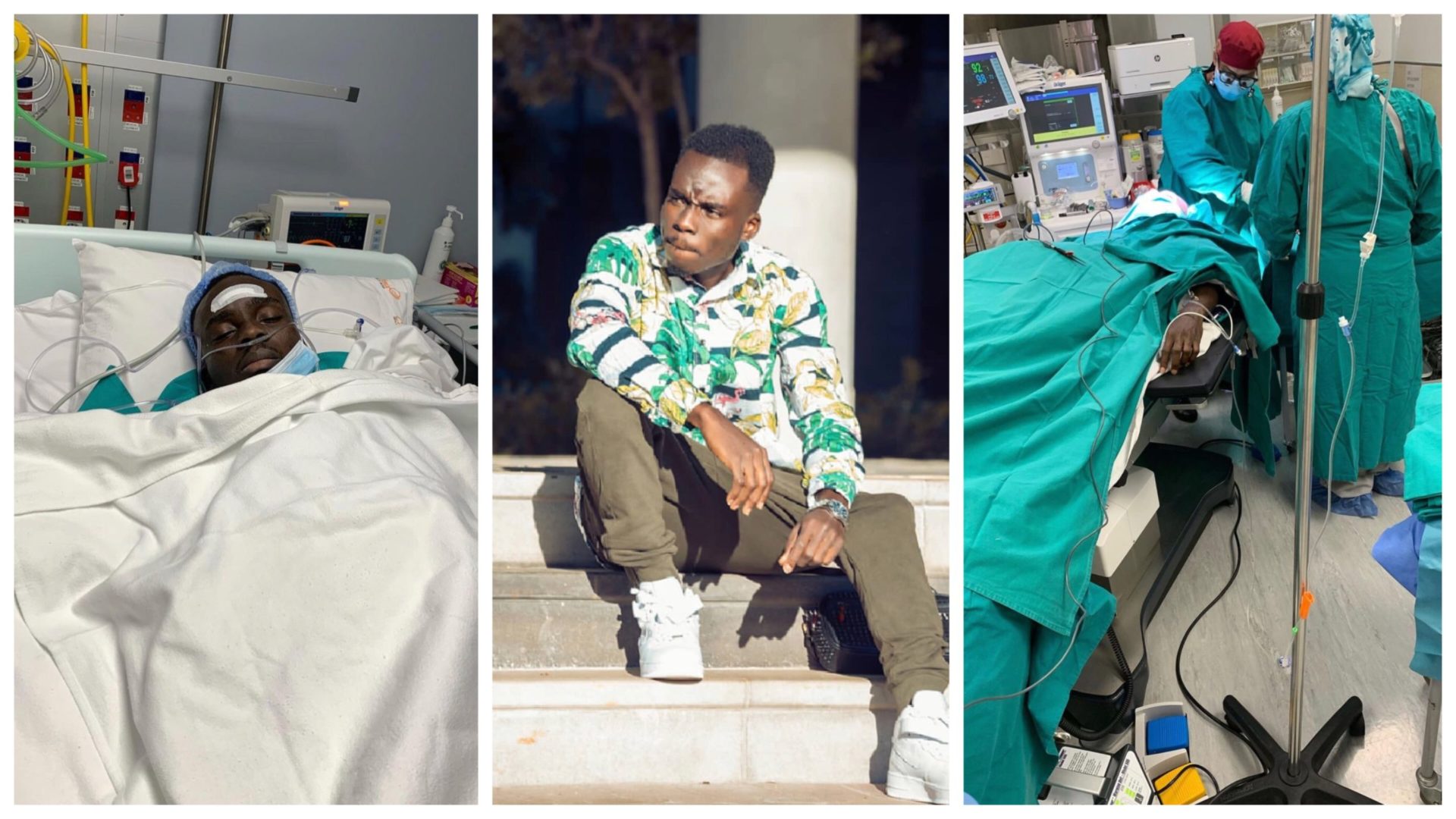 Popular Ghanaian blogger, Ronnie Is Everywhere has finally revealed how the surgery to remove the Lipoma aka ‘boil’ on his forehead was recently removed in South Africa.

Soon after the surgery, there were some speculations that the surgery was funded by the boss of Black Avenue Music, Desmond Blackmore popularly called DBlack.

Many was of this opinion because Ronnie was a part of the crew Black travelled with to South Africa for a little project he was working on.

Following the numerous speculations, Ronnie has finally disclosed during a quick chat with his colleague, Nkonkonsa during a hang out that DBlack actually had no knowledge that he was even going to do the surgery.

He then disclosed that the surgery was actually funded by some South African doctors who were in Ghana for DBlack’s Maaha Cruise in January.

Ronnie added that these doctors actually observed he was in hoodies most of the time they hanged out together in Ghana even though he had not really been too close with them. As a result, they approached him when he went to SA with DBlack and offered to pay for the full cost of the surgery that has brought about the new him.

I Don’t Mind Being The Fifth Girlfriend Of My Guy –...