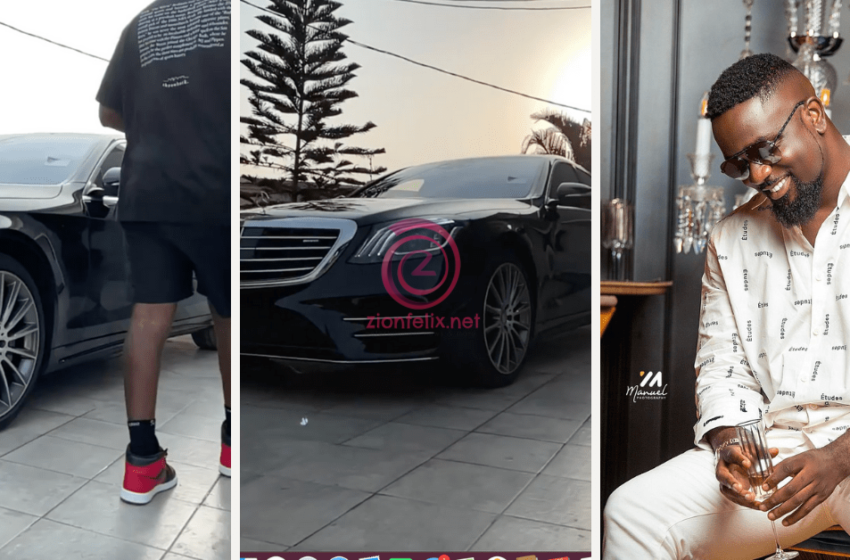 The boss of Sarkcess Music, Sarkodie is known to be the ‘King’ of dripping among the many Ghanaian celebrities and he has proved yet again why he deserves that crown.

In a new video making rounds online, he has been seen flaunting the new Mercedez Benz s550 he bought a while back after a very ‘Sarkcessful’ rapperholic 2020 concert.

Prior to the concert, there was a lot of talk about how that concert might turn out to be a flop because Sarkodie was charging as high as Ghc10,000 for a table of eight and charging as low as Ghc500 for a single individual who bought a VIP ticket.

But in the end, that was not the case because the concert which came off at the Accra International Conference Center was a huge success that witnessed many patrons and fans.

Showing off the brand new ride, Sarkodie was seen walking towards his new Benz in a video that came with the caption; “Let’s get back to work”