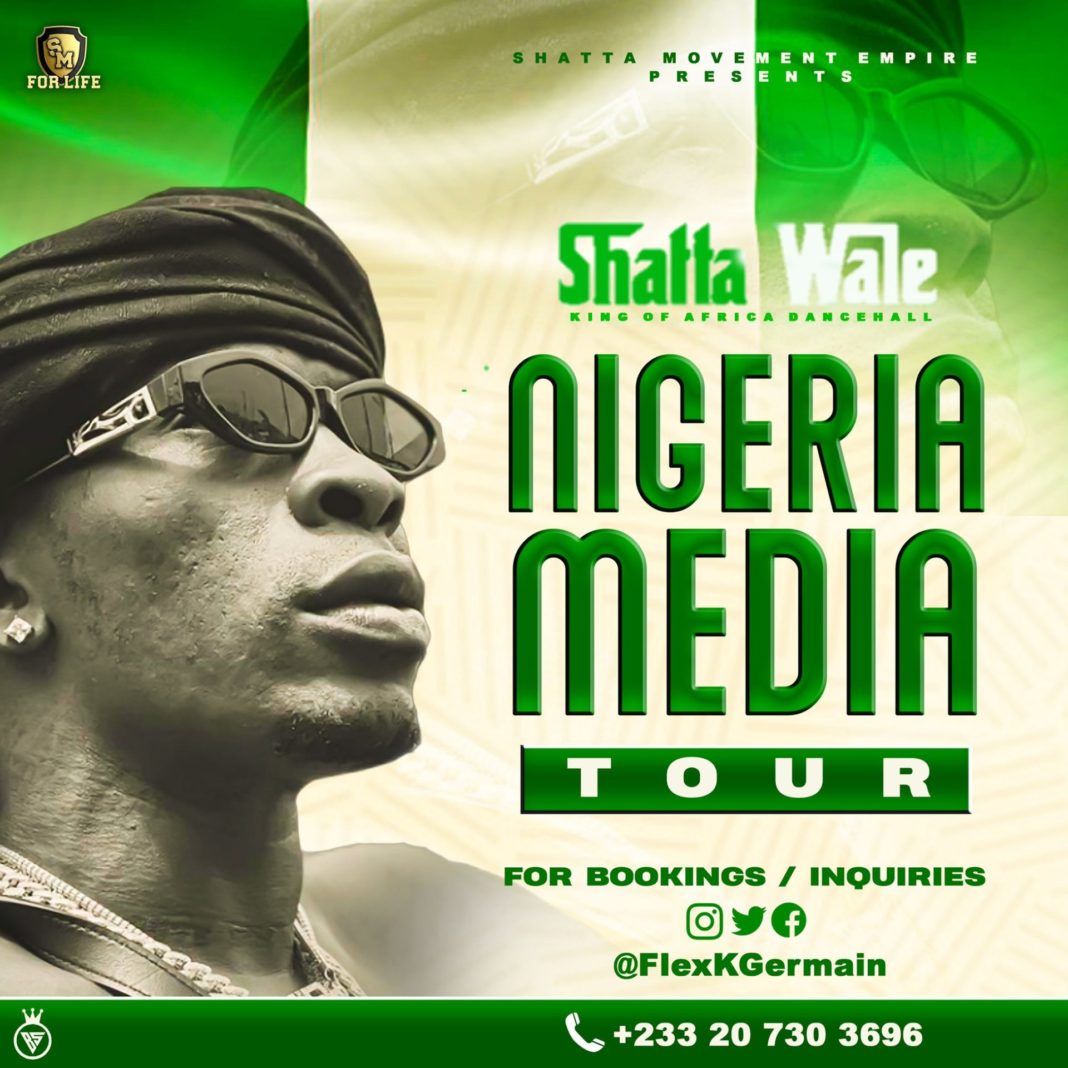 Social media trolls have been dragging multiple award-winning musician, Shatta Wale following his announcement of going to Nigeria for a media tour.

The tour from the flyers he has shared on social media is part of the activities he has lined up ahead of the release of his much-awaited Gift of God album slated for Monday, 17th October 2022.

READ ALSO: MzVee Plays With Her Black Pu.$$y As She Flaunts Her New Look That Has Got Social Media Talking – Watch Video

While the announcement was expected to be received by many people happily, Shatta Wale‘s earlier comments are what are being used against him currently by the trolls.

Back in December 2021, Shatta Wale said a lot of things about the music industry in Nigeria and stated emphatically that it was only ‘underground’ Ghanaian artists who needed the media in Nigeria to promote their songs.

READ ALSO: Do You Think I Will Be Twerking If I Have A Job That Keeps Me Busy? – Akuapem Poloo Queries

Well, those remarks are what has come back to bite him in the azz causing the trolling on various social media platforms.

Amid, the trolling, Shatta Wale has come out again to hilariously reveal that he is not going to Nigeria to promote his album but radio he is just going on a media tour.

He added that he is also going to visit a friend of his in Nigeria so they do research int oil.

‘I said media tour not promo tour ! I am only traveling with my best friend to go and do oil research and u ppl are complaining 😂😂ok continue 😂😂.’ he wrote as his reaction to the trolls and backlash.

I said media tour not promo tour !
I am only traveling with my best friend to go and do oil research and u ppl are complaining 😂😂ok continue 😂😂