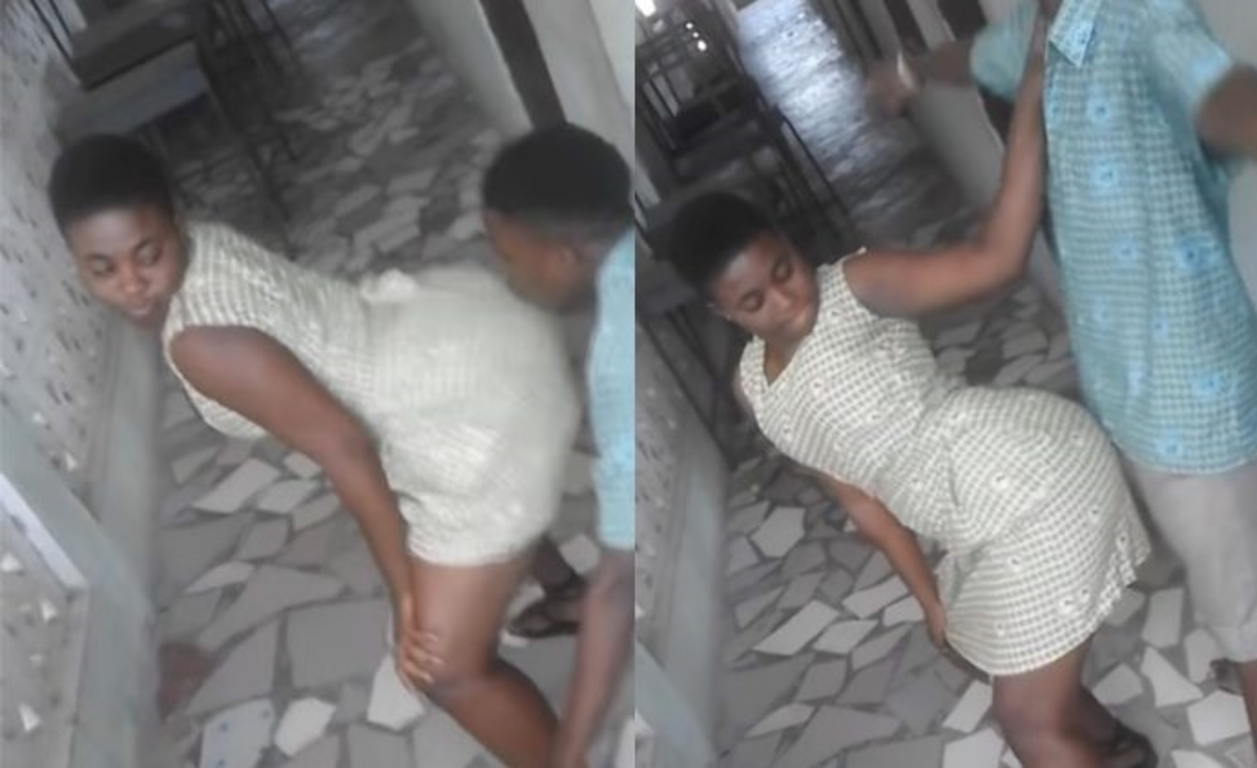 It appears the current crop of students who are being enrolled at the various senior high schools in the country have different types of mindset compared to students from back in the day.

Even though a lot of things happened in secondary school those days, hardly did one see them on social media even though they could have filmed and shared online.

READ ALSO: Asantewaa Goes All Romantic On Her Husband As He Celebrates His Birthday – Watch Video

However, in recent times, the least thing secondary students do no matter how bad it is, the first inclination they have is to film it and make sure it is out there for everyone to see.

That is the case today as two SHS students, one male and female have been filmed engaging in a rather explicit dance scene.

In the video making rounds on social media, the female student decided to bend down like a pro stripper and tilt her back to a male colleague to ‘grind.’

READ ALSO: Ayisha Modi Reacts To Psalm Adjeteyfio’s Claims That She Only Gave Him Ghc600 And Soft Drinks

The girl also expertly whined her waist and twerked seductively sending the guy into a different realm.

As they continue to dance, the male student decided to place his face on the lady’s backside and somewhat kiss it while the girl continued to twerk, In the end, he took to his heels and never came back but the lady proudly looked in the camera to show off a few more dance moves.