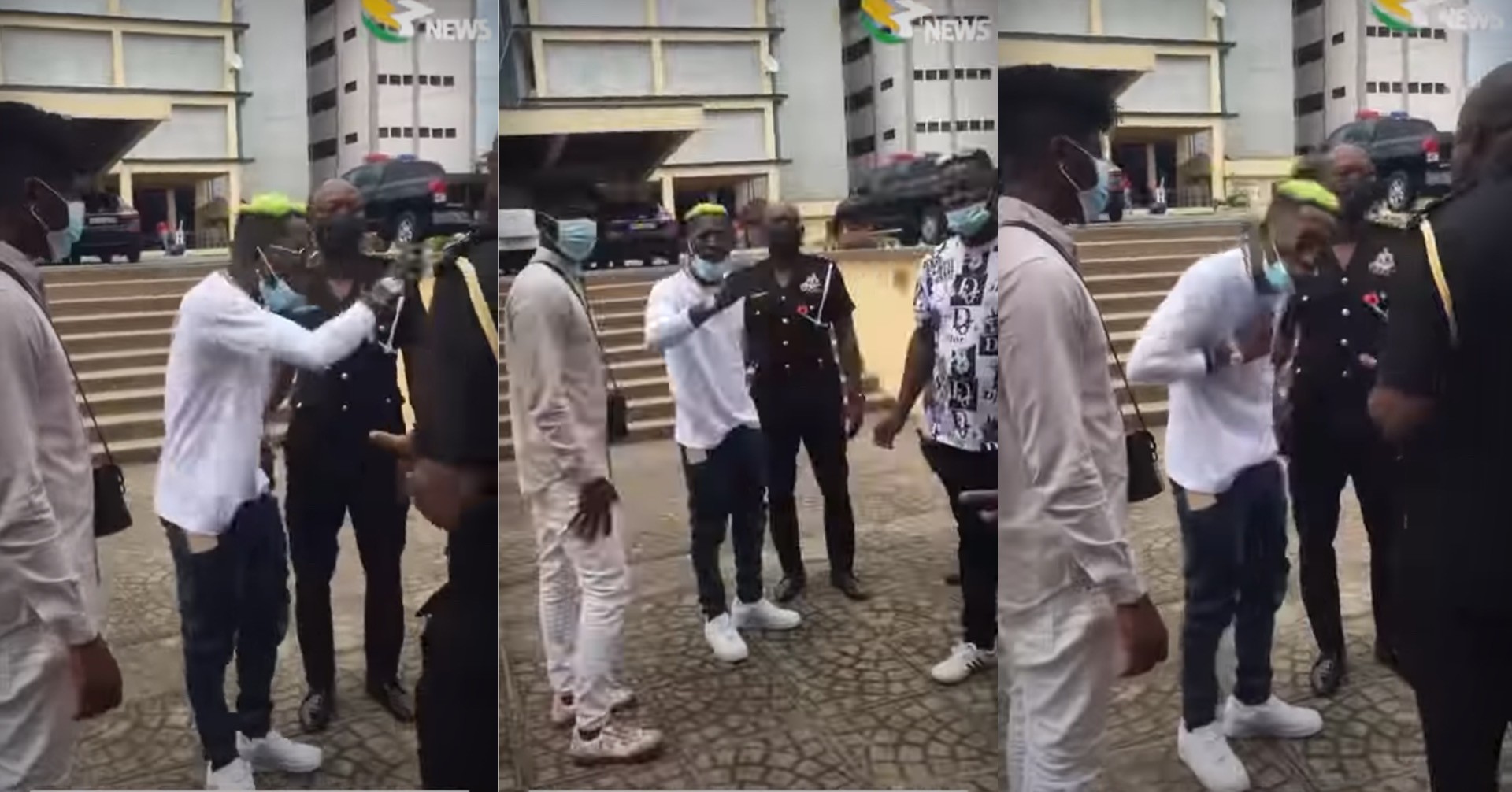 During the IGP’s meeting with people in the creative industry yesterday, there was a moment when Dancehall musician, Shatta Wale was seen engaging in a verbal exchange with some officers of the Ghana Police force.

From what was reported, this came about after Shatta Wale decided to take out his phone and film something but was quickly stopped by one of the policemen there.

Shatta Wale confronted one of the policemen to ask why he was asked to put aside his phone when his colleagues were using theirs.

After all, has calmed down now, Shatta Wale has revealed that he got angry because one of the police officers was rude towards him.

In an interview with Joy Entertainment’s Ibrahim Ben-Bako he said: “I just saw people taking out their phones and nobody was talking to them so I felt ‘lemme just take my phone’ because Fred Amugi has been one of my greatest actors that I really want to be with, do a movie with. So, when he was talkiqng, I felt what he was saying was so important to me that I had to keep it for myself. I took a video and one of the officers came and was like ‘phones are not allowed but people were taking pictures when I came so I felt like he was a bit rude.”

READ ALSO: Abena Korkor Apologizes To Sammy Awuku, John Boadu, And Other Big Men She Has ‘Disgr@ced’ In Times Past In New Video

Shatta Wale further mentioned that he was already not in the best of moods hence the obstruction triggered the anger.

“From where I was even coming from, someone had stolen my hundred bags of cement and some organization had gone on before I got here so tempers were high”, Shatta disclosed.

Well, it should be noted that Shatta Wale has apologised to the police for his actions.

Police Should Revoke The Licence For Stonebwoy’s Gun – Kwame Sefa...