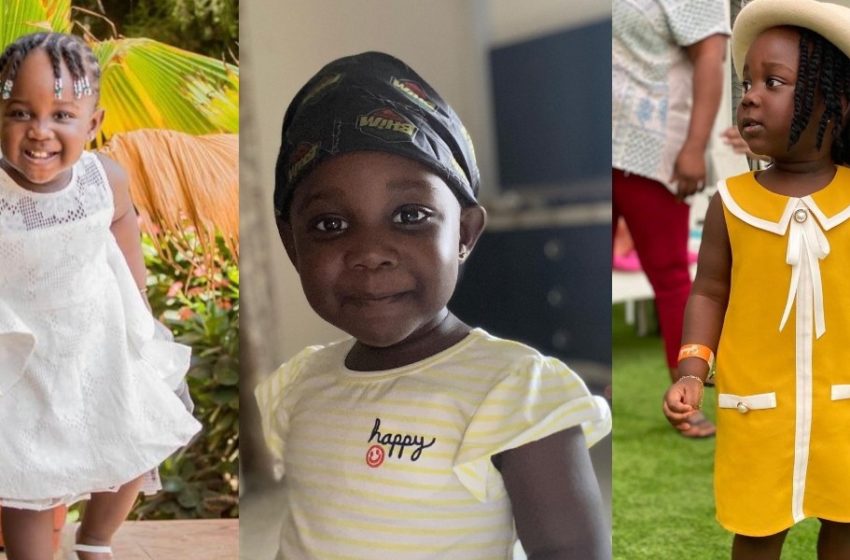 The photos which were sighted by Zionfelix.net, saw Jidula wearing an African print and she looked very stunning in it.

Jidula complimented her looks with an expensive-looking necklace and also had some ornaments beautifying her natural hair.

A closer look showed that the beautiful African print that Jidula wore, was adorned with some gold-coloured pearls.

The photos have won the hearts of many admirers of the celebrity kid and it has shown how fast she has grown.

One of the photos saw Jidula putting her hands together while the other saw her posing for the camera while tilting her head slightly.

Jidula is one of the many celebrity kids we have in the country. She has always wowed social media users with photos and videos of herself having fun. 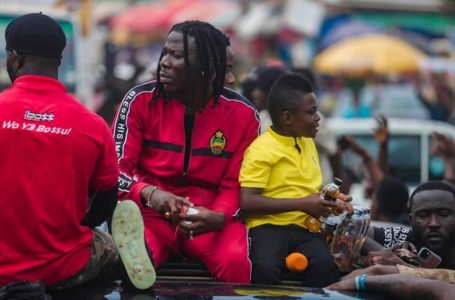