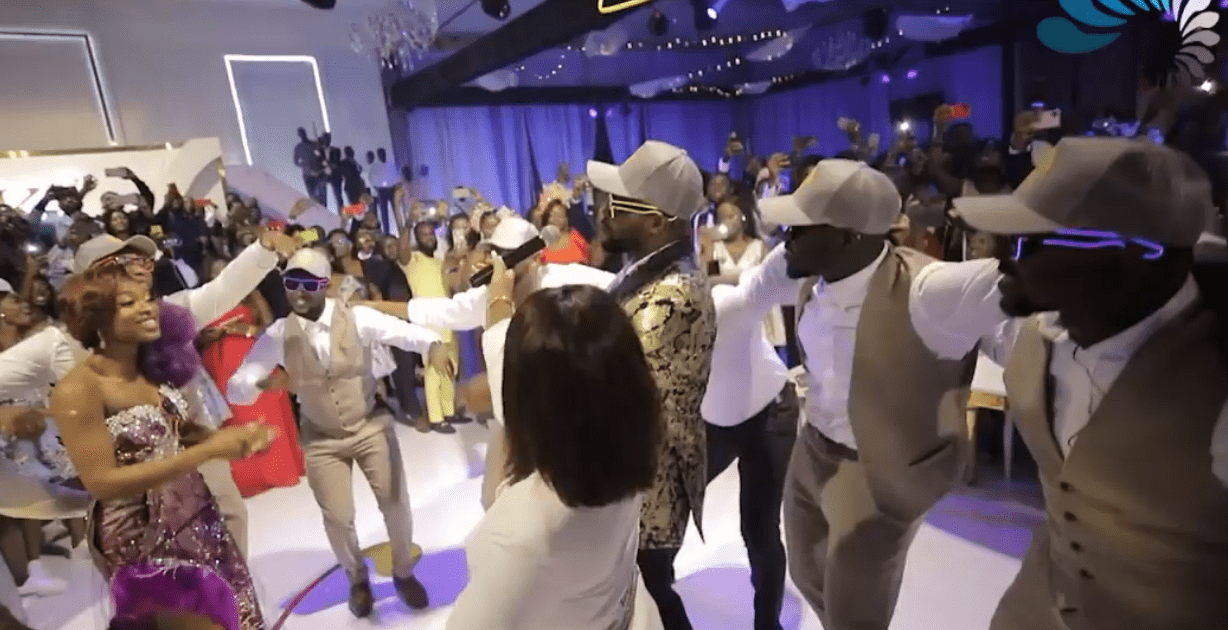 The general manager of Despite Media, Kennedy Osei Asante and his wife, Tracy Osei have been reliving some moments of their flamboyant wedding from 2020 dubbed #Kency2020 since the weekend to mark the first anniversary.

Over the just ended weekend, millionaire Osei Kwame Despite put together a very simple but classy party together in his East Legon mansion to celebrate the first anniversary of their marriage and the naming of their twins.

The ceremony was attended by a lot of close family members, business associates, and Ghanaian rapper, Medikal.

Following that celebration over the weekend, Kennedy Osei took to his IG page earlier today to share a very captivating unseen video from the wedding online.

In the video he shared, Kennedy decided to become multiple award-winning Ghanaian rapper, Sarkodie, and mime his popular “Baby” song which features Mugeez of R2bees fame for his wife at the wedding reception.

Sharing the video, he added a caption that suggested that he totally forgot that this beautiful thing happened because the memories from the wedding are too many.

Kindly check out the video below…