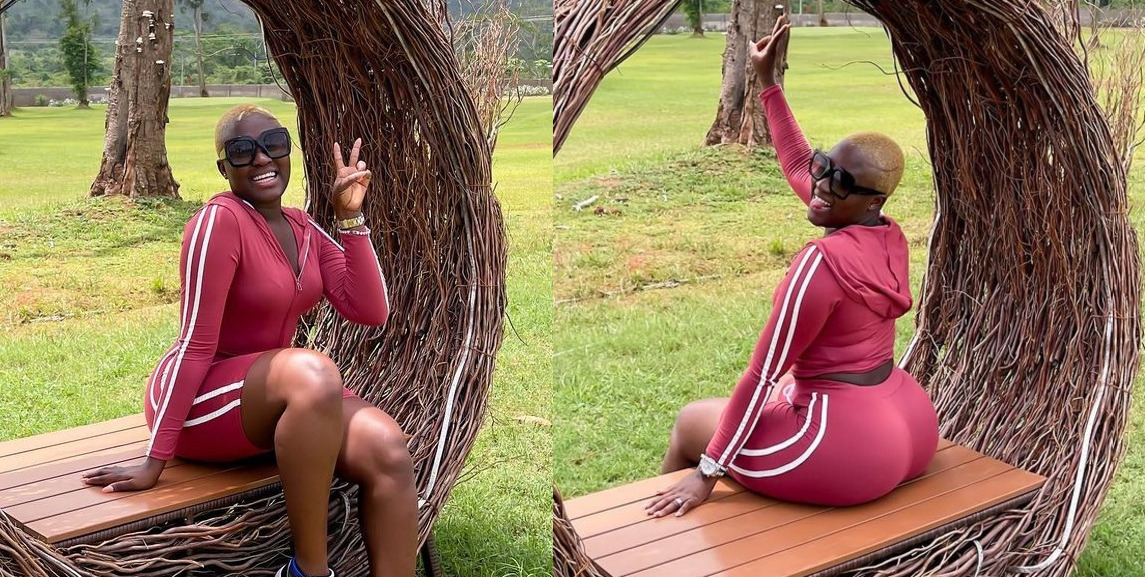 The award-winning entertainment personality late last night shared scenes of a movie she was watching on her page and so far it is causing some serious stir.

The movie, which appears to be a soft p*rn had a lot of scenes which content which are not meant for kids.

However, the mother of one decided to video those serious scenes and caption it for her Snapchat page.

Sharing a particular scene with a lady tied down by her man for the action to begin, Fella Makafui wrote the caption: “Waaww what are they doing? God come and see your children, they are sinning oooo… let me go and call my mother”

See a screenshot and video below

Sister Derby Shares Photo Of Herself Copying Fella As ‘Pay Back’...